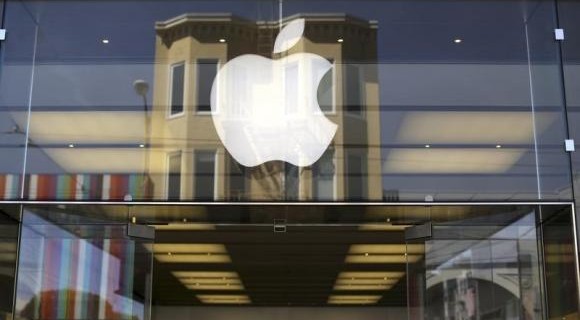 Shares of tech company slump, helping to end a 10-day winning streak for the index

The Nasdaq Composite Index’s longest winning streak in more than five years ended with a whimper at the hands of a surprising culprit: a pullback in the world’s most valuable company, Apple Inc.

Shares of Apple slumped 2.6% after Google Inc. on Wednesday introduced technology to encourage companies and employees to use Android smartphones for work. Dubbed Android for Work, the initiative was first announced in June 2014.

Investors seemed to take Wednesday’s news from Google, which also announced a security-software partnership with struggling Canadian phone maker BlackBerry Ltd. , as a shot across the bow of Apple, the world’s most profitable company in its latest quarter thanks to sales of the iPhone and related devices.

Apple’s shares declined for their second straight day and just the fourth time this month, posting their first back-to-back declines since mid-January. Apple is the largest Nasdaq component, at 10% of the index. BlackBerry rose 24 cents, or 2.3%, to $10.51, on the Nasdaq Stock Market. 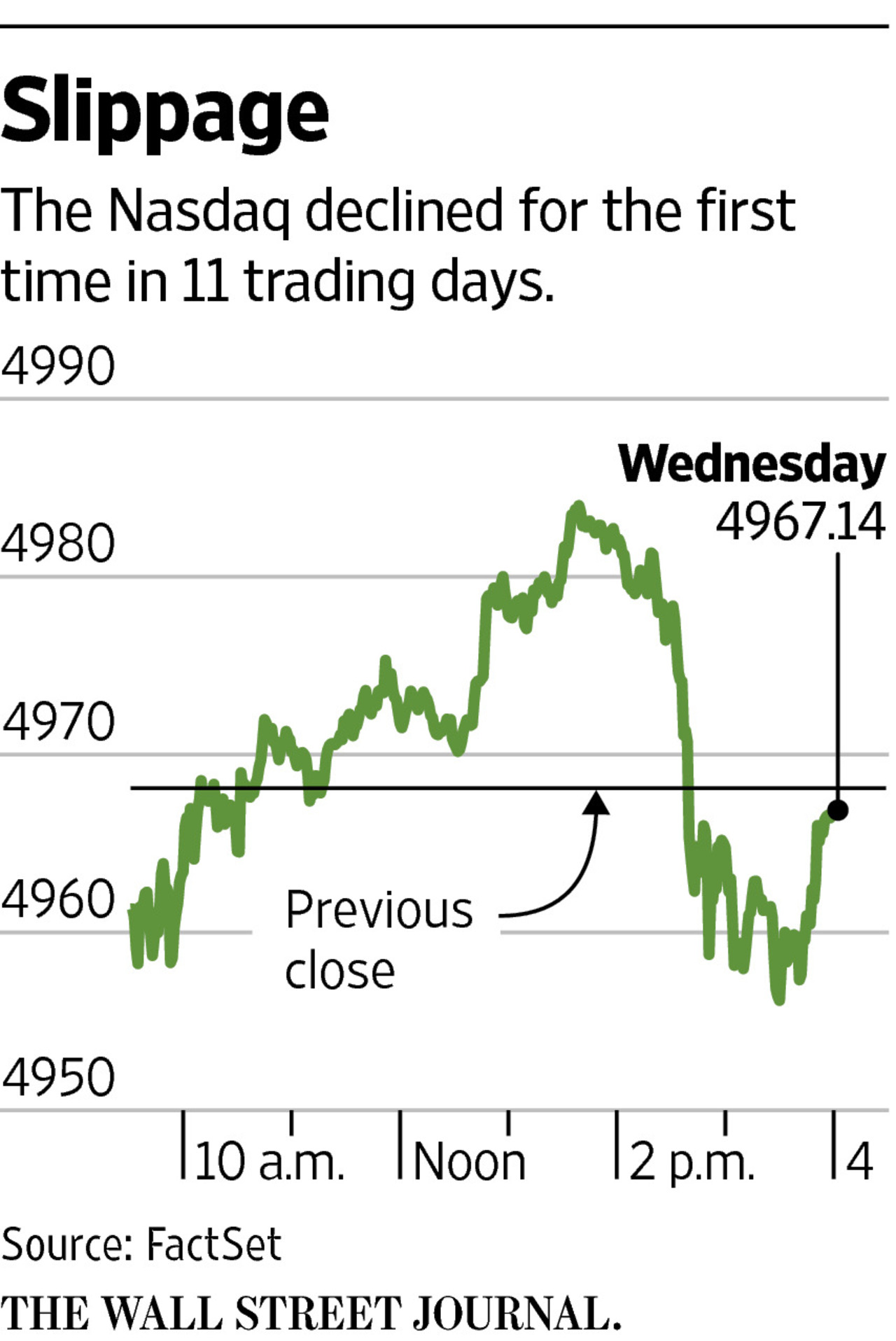 Gains in Apple have propelled the Nasdaq to levels last seen in March 2000 at the peak of the dot-com boom. The index has outpaced the Dow Jones Industrial Average and the S&P 500 this year, thanks in part to a 17% gain in Apple.

The decline frustrated for another day the march to Nasdaq 5000 that has captivated many traders and investors this month, though it didn’t dent the belief held by many market participants that the index is on the cusp of surpassing its record hit 15 years ago.

“People were taking some profits in Apple and rotating into other things,” said John Spallanzani, chief macroeconomic strategist at brokerage GFI Group Inc. He noted share-price gains at Facebook Inc., Google and Alibaba Group Holding Ltd. “I do think we’re going to 5000. It’s just a matter of time. Hopefully we’ll do it by the end of the month.”

Wednesday’s pullback began with Google’s announcement at 2:30 p.m. EST. Apple tumbled about $2, or 1%, and the Nasdaq index shed roughly 17 points, or 0.3%, in a matter of 10 minutes. The S&P, in which Apple accounts for 4% of index value, also declined, but the Dow rose modestly on the day. Apple isn’t part of the Dow.

Google hopes Android for Work, which will operate for the four most recent versions of its operating system, dating back to a 2011 release, will help corporations overcome fears about Android’s security and give them more control.

Apple posted an $18 billion profit in the latest period, and few investors seem inclined to believe that the Google moves Wednesday pose a serious threat to a company that has emerged as arguably the most powerful force in financial markets.

Similarly, many investors believe the ingredients that have propelled the Nasdaq’s rise over the past year will continue percolating. They point to an expanding U.S. economy, a sense among many analysts and traders that the worst threats to global growth in Europe and China have passed, and monetary policy from central banks such as the Bank of Japan and the European Central Bank. The Federal Reserve is expected to raise short-term interest rates this year, but, even so, policy is expected to remain friendly to asset prices, with near-term rates near zero.

“I don’t read too much into the market’s drop,” said Michael Purves, chief market strategist at brokerage Weeden & Co. “It’s been gurgling at fresh highs over the past few weeks.”