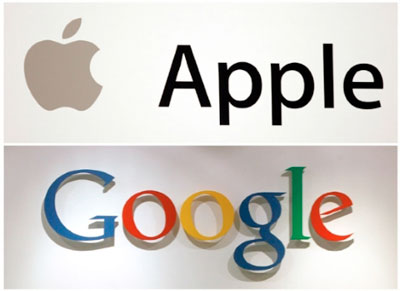 Google has surpassed Apple as the world’s most valuable brand, according to MillwardBrown’s 2014 BrandZ ranking.

Apple, which had been #1 in the prior three years, fell 20% in brand value to an estimated $147.9 billion amid a “growing perception that it is no longer redefining technology for consumers,” according to MillwardBrown, New York-based research firm.

With the passing of Steve Jobs, Apple has indeed suffered from a perception problem and that it’s lost the mo-jo that made it the world’s most valuable company — both in terms of market cap and brand value. The company’s real issue is that it set an incredibly high bar for itself: Until very recently, consumers (and investors) expected Apple to create or redefine major categories every few years, i.e. music via the iPod/iTunes and communications via the iPhone. To say that’s easier said than done is a huge understatement; the truly amazing thing is that Apple did that with such frequency during its huge growth phase earlier this century.

Apple’s spectacular growth trajectory may have slowed — at least in the mindshare department — but Google has been “hugely innovative” in the past year, MillwardBrown reports, citing Google Glass, artificial intelligence and “a multitude of partnerships” for its Android operating system.

Google’s brand value rose 40% vs. a year ago to $159 billion. Ironically, Google has grabbed the top slot in MillwardBrown’s rankings just as it is starting to garner more attention from regulators, here and abroad. The recent “right to be forgotten” ruling in Europe was aimed squarely at Google, which separately was accused of “illegally monopolizing” the U.S. mobile search market in an anti-trust suit, adding to a string of legal headaches.

While the U.S. search giant grabbed the overall top slot in MillwardBrown’s rankings, China’s Tencent was the fastest riser in the rankings. The Chinese web portal’s brand value nearly doubled to $54 billion, putting it at #14 in MillwardBrown’s 2014 BrandZ ranking.

Other notable trends in this year’s rankings:

— Apparel brands were the fastest growing category, led by double-digit increases for Nike, Adidas and Uniqulo.

— Brands perceived as having a purpose “beyond the bottom line” fared well with Dove’s focus on “real women” being a primary example.

— 71 of the top 100 brands were also on the list in 2008, demonstrating the durability of those brands as well as a sense the crisis has faded.

— Western brands dominated the top 100, in part due to some weakness in emerging economies like China. Still, with 11 brands in the Top 100, China has the most ranked brands outside of the U.S. and Europe.

Overall, technology companies fared very strongly in the rankings, with old-guard names like IBM and Microsoft in the top 5 while Facebook (#21) was the second-fastest riser and social media brands Twitter (#71) and LinkedIn (#78) made MillwardBrown’s Top 100 for the first time.

At 29%, technology companies are the biggest weighting in the 2014 BrandZ ranking compared with an 18.5% weighting in the S&P 500. According to MillwardBrown, companies in its BrandZ rankings have outperformed the S&P 500 since its inception in 2006, rising 81% vs. nearly 45% for the overall index. In other words, despite talk about another “bubble” in tech, the sector may have further room to rally if brand ‘equity’ really does translate into stock performance

Click here to cancel reply
apple communications via the iPhone companies in its BrandZ rankings have outperformed the S&P 500 since its inception in 2006 facebook google Google's brand value rose 40% IBM LinkedIn Microsoft MillwardBrown's 2014 BrandZ ranking music via the iPod/iTunes rising 81% vs. nearly 45% for the overall index technology companies the biggest weighting in the 2014 BrandZ ranking twitter U.S. mobile world's most valuable brand