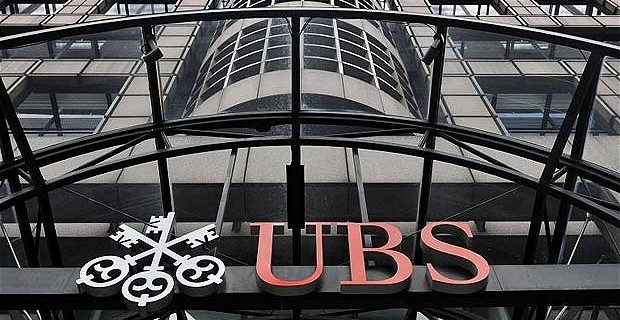 Swiss asset managers, faced with the prospect of an exodus of Italian funds, have won a reprieve.

An agreement to share tax information among the two nations signed Monday means Italy will remove Switzerland from a black list, enabling Italians to come clean on undeclared Swiss funds on more favorable terms while keeping their money where it is.

Italy is counting on a voluntary disclosure program to flush out undeclared assets estimated at about 160 billion euros ($181 billion). While there are no official figures for how much of the hidden money may be in Switzerland, more than two-thirds of funds that surfaced in Italy’s most recent amnesty were from the Alpine nation, a sign of the potential hit to Swiss banks.

The deal gives the asset managers, already grappling with costly investigations from the U.S. to France, a chance to retain clients even as bank secrecy is abandoned.

“This agreement is very good for Swiss banks, we needed it desperately,” said Lars Schlichting, a partner and attorney-at-law at KPMG Holding AG in Lugano, Switzerland. “Without it we could have lost all Italian clients because we cannot have undeclared money anymore.”

Italian clients will have to pay between 7 percent and 12 percent of their secret assets in taxes and penalties if they voluntarily disclose accounts to the authorities, compared with as much as 40 percent if Switzerland hadn’t reached the agreement, Schlichting estimated.

This will lead to some outflows. UBS Group AG and Credit Suisse Group AG, Switzerland’s biggest banks, reported losing about a third of Italian assets that were declared in the tax amnesty in 2009.

“Italy was the biggest remaining market, for which a solution on undeclared assets had to be found,” after the U.K., France and Germany, said Andreas Venditti, a banking analyst at Vontobel in Zurich. “Banks may be facing billions of gross outflows, but the biggest clients will probably keep their accounts here after declaring them.”

KPMG has already advised about 300 Italian clients this year on voluntary disclosure, starting with just three or four a week in January and increasing to about 70 last week, Schlichting said. Of the 300 clients, only one decided to withdraw all money from Switzerland for personal reasons, while some clients chose to add to funds here after declaring them, he said.

“Italian individuals have a lack of trust toward the administration in Italy,” said Louis Macchi, a Lugano-based tax adviser for PwC. “This is one of the reasons why I believe clients will continue to have their money in Switzerland.” He said he expects at least 50,000 cases of disclosure under the voluntary program.

Switzerland is the world’s largest center for offshore funds, managing about $2.3 trillion for clients who don’t reside here, according to estimates by the Boston Consulting Group. Secret accounts came under scrutiny after UBS in 2009 admitted to helping Americans evade taxes, paid $780 million to avoid prosecution and handed over information on about 4,700 accounts. Credit Suisse was fined $2.8 billion last year by the U.S. authorities on similar charges.

In France, authorities probing whether UBS helped clients evade taxes issued warrants for the arrest of three former officials from the bank, a person with knowledge of the investigation said last week.

Italian “clients are systematically being urged to disclose their untaxed assets,” said Enzo Caputo with swiss-banking-lawyers.com, a Zurich-based lawyer who specializes in advising bank clients. “The money is being watched very closely now. Swiss banks have established special desks for non tax-compliant clients.”

UBS’s “Italian clients will now document their tax status, like it already happened in the other European markets,” Serge Steiner, a spokesman for the Zurich-based bank said in an e-mailed statement.

Italy is part of “the last innings” of getting European clients to prove their tax compliance, Credit Suisse Chief Executive Officer Brady Dougan said on a conference call with analysts on Feb. 12. The voluntary disclosure program will probably lead to more funds flowing from Switzerland back to Italy, he said.

The bank “welcomes the Italian voluntary disclosure program, in combination with an agreement between the governments of Switzerland and Italy,” Credit Suisse said in a a statement.

Credit Suisse is being probed by prosecutors in Milan as part of an investigation into alleged tax evasion by clients, Il Sole 24 Ore reported Tuesday, without naming sources. An official for the bank declined to comment on the report. The bank had previously confirmed that its offices in Milan were searched in December.

“It is important to clean up the past,” said Sindy Schmiegel, a spokeswoman for the Swiss Bankers Association. “Banks are weighing the risks. ‘Which clients can I serve, where do I get in trouble?’ If a client doesn’t want to come clean, there are certain means to put pressure on them.”

BSI SA, a bank based in Lugano in southern Switzerland and about an hour’s drive from Milan, is restricting some Italian clients from making cash withdrawals and bank transfers. Some banks have frozen certain Italian clients’ assets altogether, according to Caputo, as they seek to avoid being considered accomplices should clients attempt to move their funds to other offshore financial centers.

Banks will also face “hundreds of millions” in costs to manage the disclosures, said Claudio Generali, president of the Ticino Bankers Association. Longer term, the increased competition that will result from the end of banking secrecy will probably also squeeze fees, he said.

“Of course we need to keep pace with competitors in Germany or in London, and that will squeeze the commission or returns of the bank,” Generali said.