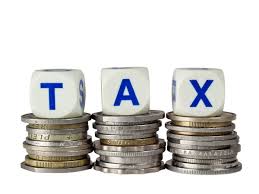 Switzerland and Italy have signed a protocol to their double tax agreement (DTA) and a roadmap for tax cooperation – deals that the Swiss Government says will improve relations after years of controversy.

The DTA protocol was initialed on December 19, 2014, and signed on February 23, 2015, by Swiss Federal Councillor Eveline Widmer-Schlumpf and the Italian Finance Minister Pier Carlo Padoan.

The Protocol will add provisions to incorporate the Organisation for Economic Cooperation and Development (OECD) standard for the exchange of information upon request. Once it enters into force, the information exchange provisions will apply retrospectively from the signature date, in recognition of the fact that it could take up to two years for the protocol to be ratified by both sides.

A roadmap signed by the two ministers establishes that, in principle, financial institutions and their employees are not responsible for the tax offences of their clients. It stipulates that an agreement on cross-border commuters should be finalized by mid-2015, and that Italian taxpayers with an account in Switzerland should be able to take part in Italy’s voluntary disclosure program under the same conditions as those for disclosures concerning assets in Italy and other countries. Group information exchange requests will be permitted, and the roadmap also paves the way for Switzerland’s removal from Italy’s “black list.”

The Swiss Federal Council said that these initiatives lay “new foundations that will make it possible to strengthen cooperation, improve relations between the two countries, and develop bilateral economic relations in a constructive atmosphere.”

“The agreement will facilitate the processing of the Italian voluntary disclosure program recently adopted by Italy’s Parliament and will considerably increase legal certainty for Italian taxpayers who have an account in Switzerland. This will enable an orderly transition to the future automatic exchange of information in accordance with the OECD standard without massive outflows of capital. In this way, Switzerland’s financial center, and particularly Ticino’s financial center, will continue to enjoy good prospects,” the Council added.