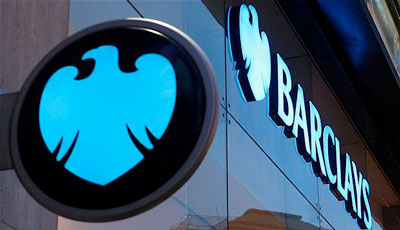 Four big banks are expected to plead guilty to rigging foreign-currency exchange rates and pay billions in combined penalties as part of settlement agreements expected to be announced as early as next week, according to people familiar with the matter.

UBS AG, which was the first bank to step forward and cooperate with federal investigators in their probe, also is expected to reach a settlement but will receive immunity from prosecution, these people said.

While the Justice Department’s fraud investigators made a big push to build criminal cases against individuals related to the alleged manipulation of foreign-exchange rates, the agency doesn’t plan to announce any criminal charges against individual traders next week, these people said. Those criminal probes are ongoing and individuals could be charged later, they said.

The Justice Department’s global probe has examined whether traders manipulated exchange rates to benefit their own positions, at times to the detriment of their customers. The planned deals also will include settlements with the Federal Reserve, these people said. The penalties are expected to vary depending on each bank’s role in the alleged collusion, ranging from several hundred million dollars to more than $1 billion.

Barclays is expected to pay more than $1 billion to a variety of agencies to settle its case, including U.S. and European authorities, according to people familiar with the matter. UBS, Citigroup, J.P. Morgan, Bank of America Corp. and HSBC Holdings PLC settled foreign-exchange probes with U.S. regulators and European officials last year, but Barclays, which operates in New York and was trying to reach a resolution with the state’s Department of Financial Services, wasn’t included in that set of deals. The Justice Department didn’t join in that settlement because its probe was ongoing at the time.

Prosecutors plan to announce the bank settlements on the same day, in part because of alleged collusion among the various firms and to showcase the wide-ranging investigation. Banks generally have been eager to have joint settlements since they can lessen the focus on a single institution.

The expected settlements come after a long-running probe that grew out of a related inquiry into whether other traders at many of the same banks were trying to manipulate benchmark interest rates for similar reasons. Last month, Deutsche Bank AG paid a record $2.5 billion penalty to resolve related U.S. and U.K. investigations into manipulation of the London interbank offered rate, and UBS, RBS, Barclays and others together paid billions of dollars in related penalties in 2012 and 2013.

The expected guilty pleas will resolve some, but not all, of the foreign-exchange probes. Other banks have come under scrutiny and are likely to reach settlements with state and U.S. authorities later. But the five banks expected to settle next week are viewed as the biggest participants in the alleged conduct, and will receive the most severe punishment, these people said.

The expected guilty pleas and settlements won’t resolve a separate inquiry being conducted by New York’s Department of Financial Services into whether big banks may have used computer programs to manipulate foreign-exchange rates.

Benjamin Lawsky, New York’s Superintendent of Financial Services, installed monitors at Barclays and Deutsche Bank last year to examine the issue, and the regulator has also issued subpoenas to Goldman Sachs Group Inc.,BNP Paribas and Société Générale about their use of such computer programs, according to a person familiar with the matter. The banks have said they are cooperating with that investigation.

The long-running probe has tested U.S. investigators’ ability to work with each other and their European counterparts. The investigations have involved more than a half-dozen agencies globally and at times have exposed divergent interests among them.

Last November, Barclays pulled out at the last minute from a settlement with U.K. Financial Conduct Authority and the U.S. Commodity Futures Trading Commission because of Mr. Lawsky’s new probe into banks’ potential use of computer algorithms to manipulate rates, according to people familiar with the matter. That move stunned those regulators and exposed the fragility of coordinated settlements, the people said.

Last week, Barclays boosted its expected bill for foreign-exchange fines to more than £2 billion ($3.07 billion) and its CEO said the bank was “working hard to expedite” settlements.

On Tuesday, UBS said in its first-quarter financial filing its discussions with the antitrust and criminal divisions of the Justice Department to resolve the foreign-exchange probes are “at an advanced stage,” but said it had not yet reached agreement with the agency on the form of a resolution.

RBS last week set aside another £334 million pounds to cover related settlements, and the bank’s Chief Executive Ross McEwan said he thought the lender’s fines would be less than $1 billion.

In its 2014 annual report, Citigroup said it was cooperating with Justice Department investigations from the antitrust and criminal divisions but hasn’t disclosed how much it has set aside to specifically cover a foreign-exchange settlement.

So far, the investigation has led to the suspension or firing of more than 30 traders at around a dozen banks in the largest foreign-exchange dealing hubs. Mr. Lawsky’s office could also require the termination of additional bankers at Barclays as part of the settlement, a person familiar with matter said.