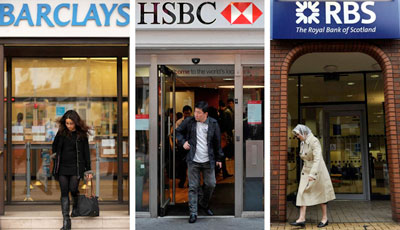 Federal and state officials are preparing the next round of billion-dollar mortgage settlements involving U.S. and European banks

Up to nine banks are in line for the next round of billion-dollar payments related to soured mortgages as federal and state officials prepare their next set of cases, people familiar with the matter said.

The Justice Department and state officials, which already have reaped almost $37 billion from the largest U.S. banks, are now targeting U.S. and European banks. Settlements with Goldman Sachs Group Inc. and Morgan Stanley could be finalized as early as late June, these people said.

The settlements relate to securities backed by residential mortgages that plunged in value during the financial crisis. Banks are expected to pay from a few hundred million dollars to $2 billion or $3 billion each, depending on their size and the level of misconduct they allegedly employed in arranging the securities, some of these people said. The deals, which are expected to come individually rather than as a group, are likely to stretch out over months as details are worked out, these people said. Negotiations with most banks are still in early stages, these people said.

In those cases, the government accused the banks of selling shoddy mortgage securities to investors without fully disclosing their quality.

The Justice Department could pursue settlements with large U.S. regional banks when these settlements are over, in part based on the amount of mortgage-related securities they underwrote and sold, some of these people said.

While regional banks have been large players in mortgages, the trading desks of the largest banks were the ones that sliced and diced mortgages and sold them to investors around the world. The losses on those securities have driven much of the legal morass that followed the banks after the housing market fell sharply.

Most of them have disclosed that they are being investigated for mortgage matters, but the timing and size of potential fines haven’t been reported before.

Prosecutors are bringing the cases through the RMBS Working Group, which includes state attorneys general, U.S. attorney’s offices and other government officials. Its name is a reference to residential mortgage-backed securities.

The attorneys general of New York, Massachusetts, Illinois and other states were involved in at least some of the previous settlements and are expected to play a role in the next round. So are the U.S. attorney’s offices for the Eastern District of New York, Colorado and others.

The government has viewed the investigations as a way to hold the banks accountable for wrongdoing that led to the financial crisis. The banks have viewed them as a punishment for activities that they have since stopped and as a distraction from their efforts to ramp up lending and help aid economic growth.

These settlements would represent a passing of the torch to new U.S. Attorney GeneralLoretta Lynch, since settlements with J.P. Morgan, Citigroup and Bank of America were negotiated under her predecessor, Eric Holder.

Morgan Stanley already reached an agreement in principle this year to pay $2.6 billion to the Justice Department and the U.S. attorney’s office of Northern California. Goldman is expected to pay a similar sum in the coming weeks, according to people familiar with the matter.

Morgan Stanley is still negotiating a settlement with the New York attorney general.

Goldman disclosed this year that it had been contacted by the U.S. attorney’s office for the Eastern District of California about a potential civil case, and that the office had “preliminarily concluded” that the bank had broken federal law. The bank said at the time that it was cooperating with regulators and other authorities. The Sacramento office was a key player in the investigation of J.P. Morgan.

Other banks have made similar disclosures. For example, HSBC has disclosed that it received a subpoena from the U.S. attorney’s office of Colorado. HSBC has said it is fully cooperating. Deutsche Bank has said it has received subpoenas and requests for information from regulators and government entities, including the RMBS Working Group, on these matters, is fully cooperating.

Meanwhile, Wells Fargo has said in filings that it is responding to requests for information from government agencies related to the origination, underwriting and securitization of certain mortgages. The bank has produced documents for the Justice Department, but people familiar with the matter say the process hasn’t progressed.