Visa: Bitcoin Has a Future in Payments 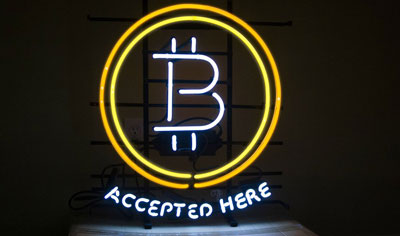 Large existing payments companies are “lowering the drawbridges” and working more openly with new players in the space, according to a Visa executive.

“I genuinely believe that by working together, we will succeed together. I think that the innovation that the startups bring is fantastic and that the scale the incumbents – the banks, the Visas of the world – can bring is really really valuable,” he said.

Vaux’s session at the one-day conference focused on removing friction between startups and incumbents within the payments space.

Formerly vice president at American Express, Vaux said bitcoin is very much on his radar:

“The one thing I often get asked about is bitcoin. I do see … a separation between the currency and the technology that sits under it. From the point of view of currency, I think that’s interesting. As Visa, that’s what we do – we manage currencies.”

However, he finds the attitude of some of those in the cryptocurrency space a little bizarre. When he was at South by Southwest earlier this year, he noticed a number of cryptocurrency company members arguing.

He said it came across like a scene from Life of Brian, where fractious independence movements the People’s Front of Judea and the Judean People’s Front spend more time fighting each other than achieving their shared goal.

Regardless, he believes bitcoin has a future in the world of payments and wider finance.

“I think it’s going to be really interesting how that currency stabilises,” he said, adding:

“Like any other currency, although this might not be the best week to discuss it, at Visa we are very keen to facilitate that translation of currencies on a global basis.”

The executive said he is also deeply interested in the underlying technology behind bitcoin and suggested it could be used to streamline the payments process when implemented by incumbents, such as Visa.

“Ultimately, what we’re looking for is the technology and the component parts that we can bring into our platform and into our marketplace, that delivers a richer proposition,” he explained.

Vaux receives pitches on a daily basis from startups looking to form partnerships with Visa and he used his WIRED Money session to offer some advice to such companies.

Number one on his list was preparation. Startups need to “do their homework” and make sure they’re confident the service or product they are pitching is tailored to the larger company’s needs.

“Ok, you want my brand, you want my money, you want my distribution, what I have no sense of is what is in it for me as the provider of that service,” he said.

A lot of the startups Vaux comes into contact with are targeting their products at millennials, which doesn’t align with the target audiences of larger companies. He explained:

“Many of these services are so specifically focussed on the millennials that it may be hard [to gain a partnership] because, honestly, those are not going to be most large financial organisations’ most successful customers.”

Another gripe Vaux has is startups pitching to him without having thought extensively enough about the future roadmap of their businesses.

“It is a large organisation’s worst nightmare to be dependent on a partner who cannot fulfil the obligations from a financial or from a scalability standpoint. Therefore, there’s a lot of nervousness about that and the more clear and well thought out the plan is, the better for everyone,” he explained.

Vaux said some of the areas Visa is currently interested in include “identification, device fraud, using cloud-based technology to take some of the pain out of online payments, digital receipting”.

He said these are the kind of services Visa thinks will really add value for its current and future customers.

At the end of his session, when asked what he sees as the highest risk to the future of Visa, he replied “complacency”, concluding:

“I think that you have to adapt, you have to learn … I think what we have to focus on is where we add value and collaborate with others to do that.”

Source: Coindesk – Visa: Bitcoin Has a Future in Payments