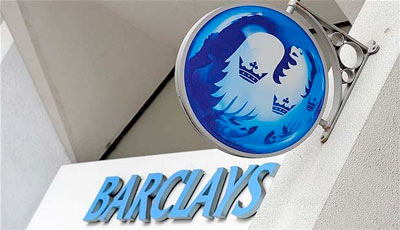 Like pretty much every other major bank at the moment, Barclays is very interested in the potential of the blockchain, the technology that underpins bitcoin.

The Sunday Times reported this week that Barclays is planning to let charities accept bitcoin later this year, leveraging its partnership with bitcoin exchange Safello that was announced earlier this year.

I sat down with Barclays Chief Design and Digital Officer Derek White, who oversees bitcoin and blockchain at Barclays, to discuss what else the bank is planning to do with this technology.

One of the technologies White is most excited by is the blockchain.

The blockchain is the software that both powers and regulates cryptocurrency bitcoin. Transactions are signed off by the parties involved using the software, then added to the blockchain, a long string of code that records all activity.

Once other transactions are added on in front of an exchange, the transaction is stuck there forever and can’t be changed, in the same way you can’t change a brick once it’s been built into a wall.

The blockchain uses open ledger technology, meaning all of these transactions are free for anyone to look at and not siloed in some private data centre in Canary Wharf.

White says: “We fundamentally believe that the world is shifting from closed to open – closed architecture to open architecture, everything moving to the cloud; closed networks to open networks; closed systems to open systems.”

On the blockchain, anyone can theoretically check to see if someone’s using stolen bitcoin and this adds a level of transparency to the system.

On top of that, the blockchain is quicker and cheaper than the systems banks use right now to send and receive money – that’s why they’re interested.

Barclays has two bitcoin “labs” above old branches in Notting Hill and Old Street that are open to bitcoin and blockchain entrepreneurs, businesses, and coders.

White says: “The blockchain community, a little over a year ago, started saying they needed a place to gather. Some would say they’re the anarchists. We said, why don’t you come use our space? So we invited them in so we can learn together.

“It’s a new technology, we know a little bit about it but we wanted to learn more from the creators of it. They could see our genuine interest in the technology and they could see we weren’t looking to just sponsor, we were looking to shape.”

As well as working with startups, the bank is experimenting with the technology internally. White says: “We looked at how many experiments we wanted to do internally with the blockchain. The first wave led to 22 experiments, we’ve now got over 45 experiments our businesses want to do.”

Santander is conducting similar experiments. Mariano Belinky, head of Santander’s investment arm InnoVentures, told Business Insider earlier this year that the bank is experimenting with 25 use cases for the technology.

Enabling charities to take bitcoin is just one expression of Barclays’ tinkering. White says: “This is everything from identity, to corporate payment solutions, to treasury, to supply chain, to core payments.”

White singled out one of the current Barclays Techstars crop, Everledger, for particular praise. The startup uses blockchain technology to keep a record of diamond ownership in a bid to try and stamp out fraud and theft.

The Treasury were meeting in the Coin room when I visited.

White says: “It starts with diamonds, but what it actually has is application for anything that requires documentation, anything that needs to be insured. You move from diamonds, to watches, to yachts, to art – once it’s embedded in the blockchain, it’s there.”
On the day I visited, members of the Treasury were also at the Whitechapel site, appropriately meeting in a room called “Coin”.

White says: “We’re working with HMT to share how we see the blockchain and cryptocurrencies, and bringing to life potential use cases that we are exploring.

“The UK policy makers and regulators are both very much on the front foot of wanting to understand this. They want to understand it to make sure they’re protecting UK citizens are putting the right regulation around it.”

Ultimately, White says, Barclays is “seeking to become the connector in this ecosystem.”

Source: Business Insider – Barclays has two blockchain ‘labs’ in London and is planning 45 experiments with the technology