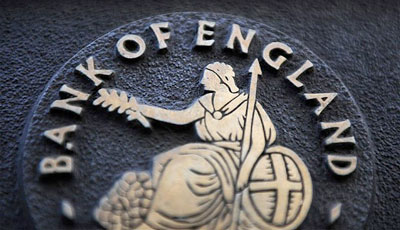 After a week that saw currency traders push back their expectations for a Federal Reserve interest-rate increase, investors will turn their attention to the Bank of England’s decision on Oct. 8.

BOE policy makers led by Governor Mark Carney meet in London after sterling touched the lowest level in almost five months against the euro Friday as a report showed U.S. employers added fewer jobs in September than analysts forecast. U.K. governmentbonds climbed for the first time in four weeks, pushing the 10-year gilt yield to the least since April.

“It’s hard for sterling to get a bid,” said Peter Frank, global head of Group-of-10 foreign-exchange strategy at Banco Bilbao Vizcaya Argentaria SA in London. “The Bank of England is poised to tell us what it thinks. How alarmist they are going to be is essential. Around the previous monthly meetings the market had got talk from Governor Carney about a turn-of-year rate hike. This is not viable any longer.”

The U.K. currency ended its longest run of quarterly gains versus the euro since the inception of Europe’s shared currency in the three months through September amid debate about when the BOE will tighten policy. When the central bank kept its key rate at a record-low 0.5 percent at its September meeting, Ian McCafferty was the lone official on the nine-member Monetary Policy Committee to vote for an increase.

Forward contracts based on the sterling overnight index average, or Sonia, suggest that a full 25 basis-point increase to the BOE’s key rate won’t come until after November 2016.

In the days before the BOE announces its policy decision, officials and traders will see new services and industrial production data as well as the National Institute Of Economic & Social Research’s latest growth estimate. The Debt Management Office plans to auction 1.5 billion pounds of gilts due in September 2034 on Oct. 6.