Visa To Keep UK Presence After BoE Steps In 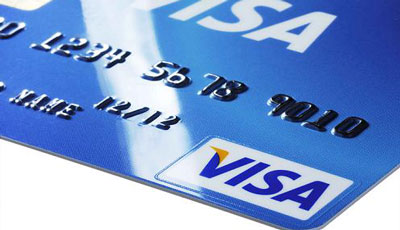 The Bank of England wants Visa Inc to keep a big ‎UK presence after the $23.5bn takeover of Visa Europe, Sky News learns.

The Bank of England has told the credit card giant Visa to keep a substantial presence in the UK after the $23.5bn takeover of its European operations amid wider concerns about the integrity of international payment systems.

Sky News understands that UK-based regulators have informed Visa Inc that it wants it to retain senior managers and data management activities in Britain.

The discussion comes as New York-listed Visa‎ Inc prepares to announce on Monday a takeover deal valuing its European subsidiary‎ at up to $23.5bn, triggering massive windfalls for Barclays, Lloyds Banking Group and other UK lenders.

Sources said that the BoE had expressed a desire for Visa to commit to keeping a significant number of the 1700-strong Visa Europe‎ workforce in the UK.

A growing number of cyber-attacks on banks and companies outside the financial sector, as well as concerns about the protection of consumers’ transaction data, had prompted the BoE to make the request, they said.

Monday’s deal, which is expected to be announced before markets open in New York, will involve $18.1bn being paid up-front with a further $5.5bn deferred as part of an earn-out dependent upon a number of performance measures, insiders said.

Talks between Visa Inc and Visa Europe to reunite the two groups have been ongoing for several months, and the US-based company’s chief executive, Charles Scharf, said he hoped to tie up a deal by the end of October.

Visa Inc, which reports quarterly earnings on Monday, is likely to fund the acquisition partly through a multibillion dollar issue of new debt.

The transaction, which is not expected to complete until next April, will be well-received by investors in European banks, with UK lenders among the biggest beneficiaries.

Barclays and Lloyds each stand to make in the region of £1bn, sources said.

Each of ‎the roughly 3000 banks which are shareholders in Visa Europe owns a single share in the company, with the economic value of their stakes determined by the volume of business conducted through the Visa network.

Worldpay, the payments operator, also stands to see its stake valued at more than £700m, although the two private equity firms which recently floated it are in line to ultimately receive the vast majority of the proceeds.

Visa Inc wants to reunite its US and European operations for the first time since 2007 in order to compete more effectively with rival Mastercard amid a fast-changing payments industry landscape.

The US-based company was itself part of a global bank-owned association before listing in 2008.