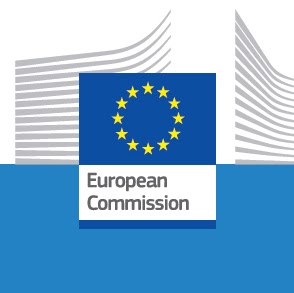 The European Commission has concluded that selective tax advantages granted by Belgium under its “excess profit” tax scheme are illegal under EU state aid rules. The scheme has benefitted at least 35 multinationals mainly from the EU, who must now return unpaid taxes to Belgium.

The Belgian “excess profit” tax scheme, applicable since 2005, allowed certain multinational group companies to pay substantially less tax in Belgium on the basis of tax rulings. The scheme reduced the corporate tax base of the companies by between 50% and 90% to discount for so-called “excess profits” that allegedly result from being part of a multinational group. The Commission’s in-depth investigation opened in February 2015 showed that the scheme derogated from normal practice under Belgian company tax rules and the so-called “arm’s length principle”. This is illegal under EU state aid rules.

Commissioner Margrethe Vestager, in charge of competition policy, stated: “Belgium has given a select number of multinationals substantial tax advantages that break EU state aid rules. It distorts competition on the merits by putting smaller competitors who are not multinational on an unequal footing.

There are many legal ways for EU countries to subsidise investment and many good reasons to invest in the EU. However, if a country gives certain multinationals illegal tax benefits that allow them to avoid paying taxes on the majority of their actual profits, it seriously harms fair competition in the EU, ultimately at the expense of EU citizens.”

The “excess profit” tax scheme was marketed by the tax authority under the logo “Only in Belgium”. It only benefitted certain multinational groups who were granted a tax ruling on the basis of the scheme, whilst stand-alone companies (i.e. companies that are not part of groups) only active in Belgium could not claim similar benefits. The scheme represents a very serious distortion of competition within the EU’s Single Market affecting a wide variety of economic sectors.

The multinational companies benefitting from the scheme are mainly European companies, who also avoided the majority of the taxes under the scheme. The Commission estimates the total amount to be recovered from the companies to be around €700 million.

Belgian company tax rules require companies to be taxed on the basis of profit actually recorded from activities in Belgium. However, the 2005 “excess profit” scheme, based on Article 185§2, b) of the ‘Code des Impôts sur les Revenus/Wetboek Inkomstenbelastingen’, allowed multinational companies to reduce their tax base for alleged “excess profit” on the basis of a binding tax ruling. These were typically valid for four years and could be renewed.

Under such tax rulings, the actual recorded profit of a multinational is compared with the hypothetical average profit a stand-alone company in a comparable situation would have made. The alleged difference in profit is deemed to be “excess profit” by the Belgian tax authorities, and the multinational’s tax base is reduced proportionately. This is based on a premise that multinational companies make “excess profit” as a result of being part of a multinational group, e.g. due to synergies, economies of scale, reputation, client and supplier networks, access to new markets. In practice, the actual recorded profit of companies concerned was usually reduced by more than 50% and in some cases up to 90%. 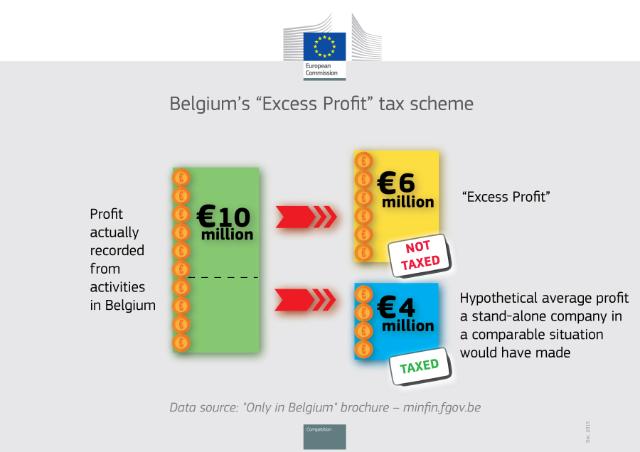 The Commission’s in-depth investigation showed that by discounting “excess profit” from a company’s actual tax base, the scheme derogated both from:

The scheme’s selective tax advantages could also not be justified by the argument raised by Belgium that the reductions are necessary to prevent double taxation. In fact, the adjustments were made by Belgium unilaterally, i.e. they did not correspond to a claim from another country to tax the same profits. The scheme does not require companies to demonstrate any evidence or even risk of double taxation. In reality, it resulted in double non-taxation.

The scheme therefore gives companies a preferential tax treatment that is illegal under EU state aid rules (Article 107 of the Treaty on the Functioning of the EU).

The Commission decision requires Belgium to stop applying the “excess profit” scheme also in the future. Moreover, in order to remove the unfair advantage the beneficiaries of the scheme have enjoyed and to restore fair competition, Belgium now has to recover the full unpaid tax from the at least 35 multinational companies that have benefitted from the illegal scheme. Which companies have in fact benefitted from the illegal tax scheme and the precise amounts of tax to be recovered from each company must now be determined by the Belgian tax authorities. The Commission estimates that it amounts to around €700 million in total.

Since June 2013, the Commission has been investigating the tax ruling practices of Member States. It extended this information inquiry to all Member States in December 2014. In October 2015, the Commission has decided that Luxembourg and the Netherlands have granted selective tax advantages to Fiat and Starbucks, respectively. The Commission also has three ongoing in-depth investigations into concerns that tax rulings may give rise to state aid issues, concerning Apple in Ireland, Amazon in Luxembourg and McDonald’s in Luxembourg.

The fight against tax evasion and tax fraud is one of the top priorities of this Commission. The Tax Transparency Package presented by the Commission in March last year had its first success in October 2015 when Member States reached a political agreement on automatic exchange of information on tax rulings following only seven months of negotiations. This legislation will contribute to bringing about a much greater degree of transparency and will act as a deterrent from using tax rulings as an instrument for tax abuse – good news for businesses and for consumers who will continue to benefit from this very useful tax practice but under very strict scrutiny in order to ensure a framework for fair tax competition.

In June 2015, the Commission also unveiled a series of initiatives to tackle tax avoidance, secure sustainable tax revenues and strengthen the Single Market for businesses. The proposed measures, part of the Commission’s Action Plan for fair and effective taxation, aim to significantly improve the corporate tax environment in the EU, making it fairer, more efficient and more growth-friendly. Key actions included a framework to ensure effective taxation where profits are generated and a strategy to re-launch the Common Consolidated Corporate Tax Base (CCCTB) for which a fresh proposal is expected in the course of 2016.

The Commission now plans to launch a further package of initiatives to combat corporate tax avoidance within the EU and throughout the world. The proposals will rest on the simple principle that all companies, big and small, must pay tax where they make their profits. The package will be presented on 27 January and will also set out a coordinated EU-wide approach for implementing good tax governance standards internationally.

The non-confidential version of the decisions will be made available under the case number SA.37667in the State aid register on the DG Competition website once any confidentiality issues have been resolved. The State Aid Weekly e-News lists new publications of State aid decisions on the internet and in the EU Official Journal.