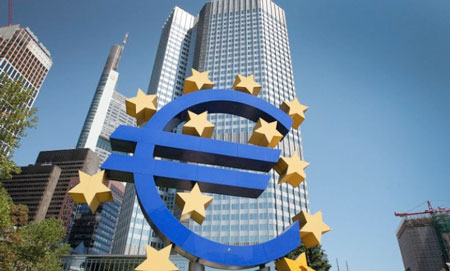 Interview with Yves Mersch, Member of the Executive Board of the ECB, conducted by Brian Blackstone and Tom Fairless on 1 February 2016

Over the last few months we’ve seen oil and commodity prices bringing down inflation. How worried should the ECB be about this, or is it providing the economy with a stimulus?

The whole issue is how you see it on the time axis: is it a temporary, exogenous phenomenon where you can look through it, or are you to be worried that over a longer period you have second-round effects and a dis-anchoring of inflationary expectations.

There are obviously some positive effects from low oil prices. It gives many companies additional leeway to invest or repair their balance sheets. All in all this is also a signal which is pointing to future resilience of the moderate pace of recovery.

Let me first put things straight: I do not consider that we have an inflation target. We have a quantitative definition of price stability over the medium term and we assess the risks to price stability according to our two pillars, the real economy and the monetary pillar. We see that both pillars show a lot of positive developments. There is resilience in output, and there is reduction of slack in the economy and the labor market. But overall there is still slack in the system. Then we see this is happening in an environment of abnormally low inflation. We will probably move into negative territory from spring until early summer if we mechanically adjust our projections. This brings us into a zone of discomfort.

We have not precisely defined what we understand as medium term, but it is not necessarily equal to our projection horizon. For example some of our measures that we have decided in December will last until 2019. The reinvestment and the liquidity effect of the recalibration in December will exceed three years. We will be seen in the category of flexible inflation targeters but not inflation targeters where we have a point landing promised on Day X.

Does this indicate a hesitance about doing more in March?

No, each time we meet, we assess the economic situation. And each time we have new projections, we obviously reconsider whether our stance is still appropriate. I would not be carried away by analysts in some institutions who want us to do what they would like, what they would consider as helpful. You can also say that they are lobbying. We are rather immune to these attempts.

Has the ECB played a role in fanning these hopes?

I hope that we were able to explain in plain English what we meant. We review and possibly reconsider our monetary policy stance without giving any indication as to individual measures. Now if some people want to sell their favorite measures, they create hype. But it is not the ECB that is creating hype in this respect. Don’t forget that we have also very clearly said that by March we might see the necessity for technical corrections to our existing program. If it would be a little bit more looked at, what we have actually said, then we would not have been in the situation in December. And we certainly don’t want to be in this situation in March again. Part of what is perceived as a communication blunder in December came from the fact that too much attention was attached to one or another statements. We are a collective decision-making body. So you cannot extrapolate one person onto 25 people.

So if people interpreted the last press conference as signaling a strong increase in stimulus in March, that’s incorrect?

Again, this is misjudging the effects of what we decided in December which are still in the pipeline. After all it is €680 billion, which is more than a third of what we have announced at the beginning. Yes, we will continue to have an accommodative monetary policy. Yes, we have to reassess our monetary policy stance in view of the deterioration since our December analysis. Does this reassessment of the analysis lead to the consequence that there will be the same, or different measures, or confidence that the existing measures will only have to be corrected? I think this is a policy decision that is ahead of us and I don’t want to deny that it is possible nor confirm that it has been decided.

If the ECB were not to do anything in March and markets were disappointed again, does that pose questions about Mr. Draghi’s power to influence markets in the way that he wants to?

You are hypothesizing that nothing will be done, which I cannot subscribe to. The only thing I can say is that sometimes I think people in the financial markets have to brush-up on their English lessons to understand when we say nothing yet has been decided for March. It is not our communication which is flawed, it is the hype that is being provoked by people with vested interests. If you would look at what we communicate, I think this is quite clear. The situation has changed since December, we will reexamine and reassess and possibly, if needed, also correct. And we are fully determined to fulfill our mandate. This has been communicated by the ECB and it should be taken for what it is: a strong commitment. But to construct out of this already individual measures, that is speculation.

Why has the situation changed since December? You highlighted a lot of positive things in the economy.

There are several factors which have intensified. One is the oil price, which since December was at one point down close to 40%, now it’s only 20%. That is something to assess–the volatility–whether you look through it or whether there is a risk of it becoming entrenched. The second is China and other emerging market economies. If we only had the domestic economy, I would not say that downside risks have increased. From the domestic point of view we might be at neutral.

What would buying bonds or cutting rates even more into negative territory do for the economy?

You ask exactly the questions that we will discuss in March. Everything is on the table.

Unconventional measures play an important role. They have been effective, but in a specific circumstance of a very prolonged recessionary and deflationary environment. I do not consider that this is the new normal. If you ask me about secular stagnation, it’s a theory that we obviously take very seriously. But to say we accept it as the new normal would not be in line with what the ECB- President has said at his last press conference: “We continue to fight.” Normally you don’t fight the normal, you fight the abnormal.

Are financial markets becoming too dependent on central banks coming to the rescue every time there is a drop in equity markets?

What is moving us is not to support one sector or asset class over another. Our mandate is the overall health of the economy. But we need financial markets as a transmission channel. If you look at the media, there were a lot of headlines about a crash in stock markets. That can also affect psychology. But then, look at where we are with stock markets: about 10% below record highs, but more or less in line with where we were a year ago. It’s not exactly a crash. Volatility is always a burden. But among the major downward risks, I would say the potential slowdown of the emerging markets is probably a higher risk.

Could the ECB expand the line-up of securities it purchases?

In terms of fantasy, the sky’s the limit. But in the end, we have no constraint in the use, the diversity, or the volume of our toolbox as we see fit. I would not create any expectations in one direction or the other.

Are eurozone banks sufficiently strong to channel the ECB’s stimulus to the economy?

It is not an easy ride for the banks, but in terms of stability, the banks have greatly strengthened their position. The question for the banks is not so much capital right now, it’s much more one of profitability.

You’ve been a central banker for almost two decades. Has the role of central banks changed over that time?

This experience makes you very humble regarding how the economy works, or the ability to fine-tune it. One thing which is still the same is the great risk of short-termism. I still perceive central banks as being able to have a longer-term view of the situation, and it is quite important to continue to have such an actor in the economy and society.