Brexit: The impact on commercial relationships and contracts; 6 things you need to know 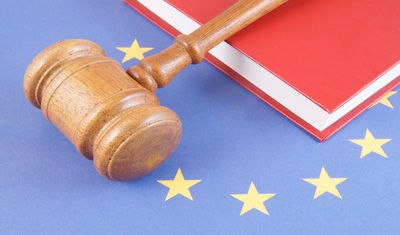 The debate about a Brexit has focused largely on the political arguments advanced by the “in” and “out” campaigns, but a departure from the EU will obviously also have a significant impact on commercial relationships and contracts.

A referendum on the UK’s membership of the EU is currently anticipated on 23 June 2016. Meanwhile, a draft Decision concerning the “new settlement” proposals for the UK within the EU was published on 2 February 2016. However, the position in the event of a departure from the EU remains unclear and will depend on whether an alternative arrangement is reached. Options include arrangements similar to the European Free Trade Association (EFTA) and the EEA between Norway and the EU, or bi-lateral agreements such as those between Switzerland and the EU.

This note touches on the principal areas where a disapplication of EU law in the UK could have a significant effect on your commercial contracts and relationships, and any disputes which may arise.

The current position under EU law for arbitration and court proceedings:

The country in which your dispute can be dealt with: In general, the EU law position is that the courts should recognise the parties’ election of a specific jurisdiction. If absent, the country in which the opposing party is based should deal with the dispute (although there are some exceptions). This rule aims to prevent disputes from being dealt with in more than one country at the same time.

If you have a court order, the other countries in which you can enforce that court order: EU law provides that court orders and arbitration awards can be enforced directly in other EU countries under a  unified system designed to be more simple and cost effective than relying on each particular country’s procedures.

If UK businesses can no longer rely upon EU law to ensure their disputes are dealt with in appropriate countries and the resulting awards enforceable, they should ensure their contracts give adequate protection. Subject to any alternative arrangement reached between the UK and EU after a Brexit, the following issues are relevant to any UK businesses which have contracts with EU businesses, and vice versa: