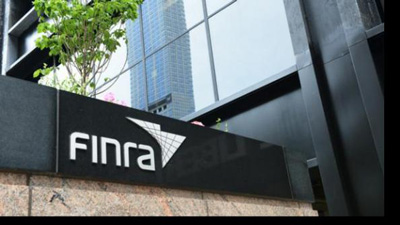 The Financial Industry Regulatory Authority (FINRA) announced today that it has fined MetLife Securities, Inc. (MSI) $20 million and ordered it to pay $5 million to customers for making negligent material misrepresentations and omissions on variable annuity (VA) replacement applications for tens of thousands of customers. Each misrepresentation and omission made the replacement appear more beneficial to the customer, even though the recommended VAs were typically more expensive than customers’ existing VAs. MSI’s VA replacement business constituted a substantial portion of its business, generating at least $152 million in gross dealer commission for the firm over a six-year period.

Replacing one VA with another involves a comparison of the complex features of each security. Accordingly, VA replacements are subject to regulatory requirements to ensure a firm and its registered representatives compare costs and guarantees that are complete and accurate. For investors in New York, a firm also must adhere to the disclosure requirements set forth in Regulation 60 (Reg. 60).

FINRA found that from 2009 through 2014, MSI misrepresented or omitted at least one material fact relating to the costs and guarantees of customers’ existing VA contracts in 72 percent of the 35,500 VA replacement applications the firm approved, based on a sample of randomly selected transactions. For example,

Brad Bennett, FINRA Executive Vice President and Chief of Enforcement, said, “Variable annuities are complex and expensive products that are routinely pitched to vulnerable investors as a key component of their retirement planning. Firms engaging in this business must ensure that the information on the costs and benefits of these products provided to customers is accurate, and that their registered representatives are sufficiently trained to understand and explain the risks and complex features of what they are selling. These obligations take on even greater importance when a significant part of a firm’s marketing effort involves switching customers out of existing annuities.”

FINRA also found that MSI failed to ensure that its registered representatives obtained and assessed accurate information concerning the recommended VA replacements, and did not adequately train its registered representatives to compare the relative costs and guarantees involved in replacing one VA with another. MSI’s principals did not consider the relative costs and guarantees of the proposed transactions. The firm’s principals ultimately approved 99.79 percent of VA replacement applications submitted to them for review, even though nearly three quarters of those applications contained materially inaccurate information.

FINRA further found that MSI failed to supervise sales of the GMIB rider, the firm’s bestselling feature for its VAs. The rider was marketed to customers (many of whom were already holding MetLife annuities) as a means of providing a guaranteed future income stream. The GMIB rider is complex and expensive—annual fees during the relevant period ranged from 1 percent to 1.5 percent of the VA’s notional income base value. A frequently cited reason for MSI’s recommendation of VA replacements was to allow a customer to purchase the GMIB rider on the new VA contract. Nevertheless, MSI failed to provide registered representatives and principals with reasonable guidance or training about the cost and features of the rider.

In addition, FINRA found that since at least 2009, firm customers have received misleading quarterly account statements that understate the total charges and fees incurred on certain VA contracts. Typically, the quarterly account statements misrepresented that the total fees and charges were $0.00 when, in fact, the customer has paid a substantial amount in fees and charges.

In settling this matter, MSI neither admitted nor denied the charges, but consented to the entry of FINRA’s findings.