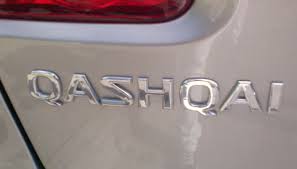 The government says the Qashqai model’s emissions tests were rigged, but Nissan says the import meets the latest European requirements

South Korea on Monday said it would order Nissan Motor Co. to recall hundreds of its diesel-powered Qashqai sport-utility vehicles imported and sold in the country, saying a government investigation had found the model’s emissions tests were rigged.

Seoul’s Ministry of Environment said in a statement Monday that the Japanese auto maker had used a defeat device that allows the SUV to clear stringent diesel emissions tests but helps turn off the vehicle’s emissions management system during actual driving conditions.

The ministry said the recall would cover 814 affected Qashqais and see the suspension of sales of unsold vehicles. It will also fine the Japanese auto maker 330 million South Korean won ($280,000).

The ministry said it plans to file a complaint with prosecutors against the head of Nissan’s South Korean operations.

Nissan Motor denied that it used devices that cheat emissions tests, and said that no other government has alleged that it has done so.

“Nissan has not and does not employ illegal defeat or cheat devices in any of the cars that we make,” said Nissan spokesman Dion Corbett.

He said the Nissan Qashqai had been correctly approved under Korean regulations as a vehicle tested in Europe, and meeting Euro 6 requirements, as Europe’s latest emissions requirements are known.

Mr. Corbett said that although the conclusions reached by the Korean authorities are inconsistent with those of European regulators, Nissan will carefully assess the situation and consider the appropriate next steps.

The Qashqai SUVs probed by the Korean regulator as part of a five-month investigation of 20 models made and sold by local and foreign car makers, were produced in Nissan’s Sunderland plant in the U.K. while the diesel engine inside the car was supplied by Renault SA, Nissan’s alliance partner.

South Korea’s announcement came days after Nissan said that it planned to spend more than $2 billion on a 34% stake in Mitsubishi Motors Corp., which in April admitted to falsifying data relating to fuel economy for at least four minicar models sold in Japan. Two of the models were manufactured by Mitsubishi and sold under Nissan’s brand name.

Auto makers world-wide have been probed and raided over emissions or fuel economy claims since September, when Germany’s Volkswagen AG admitted that some of its cars contained software that allowed them to cheat on U.S. diesel-emissions tests. Some 11 million vehicles globally were believed to have had the engine-control devices enabling the deception, the company said in September.

In a related move, Korea in November fined Volkswagen 14.1 billion won and ordered a recall of more than 125,000 vehicles in the country after conducting its own emissions tests.

Nissan’s alliance partner Renault SA has also been under fire. In January, French antifraud officials raided its facilities after the authority launched an emissions probe into Renault and other car makers. Renault in January said it would recall more than 15,000 diesel vehicles to repair their emissions-control systems.