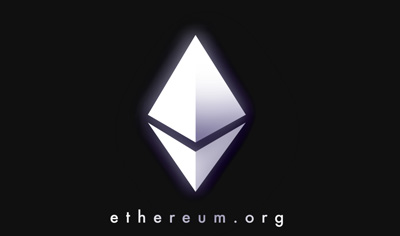 Ethereum, the world’s second-most valuable cryptocurrency, has seen its value skyrocket as investors and developers have sought different ways to use the technology introduced by bitcoin. But is it ready for the big time?

That’s what some are asking with its market capitalization briefly crossing $1.1 billion — up from $72 million at the beginning of 2016 — in mid-March. The price of a single ether token has surged from around $1 at the beginning of the year to more than $14 in just months.

Ethereum counts some of the world’s largest technology companies as believers, and regulators recently cleared the way for buyers in New York state to purchase tokens through a major cryptocurrency exchange. A March New York Times profile quoted one of Ethereum’s creators as calling the platform the “crystallization” of the vision bitcoin put forward.

But as Ethereum has moved into the spotlight, critics have wondered if its founders have overstated the capabilities of their technology. Some companies that were considering building on the platform, meanwhile, have decided not to.

“Bitcoin’s gains have set a precedent for game-changing wealth creation,” said Charles Hayter, founder of CryptoCompare, which analyses the cryptocurrency market. “Ethereum holds that hope too. The problem is when hope runs away from reality.”

The great cryptocurrency experiment started in late 2008, when Satoshi Nakamoto, a pseudonym for the mysterious creator — or creators — of bitcoin, published a white paper explaining how bitcoin might work on a cryptography mailing list. Bitcoin itself launched in early 2009.

Since then, bitcoin has experienced a series of booms and busts, spawned a multitude of imitators and inspired entrepreneurs to imagine other applications for bitcoin’s blockchain, the underlying technology that powers the cryptocurrency’s network.

Vitalik Buterin, Ethereum’s creator, was one of them. He became involved with cryptocurrency projects in 2011 while a teenager, co-founding Bitcoin Magazinebefore turning his attention to Ethereum.

Buterin set out to create a decentralized, peer-to-peer network that could handle applications besides payments, publishing a white paper explaining his idea in 2013, when he was 19. A small team of developers — including Joseph Lubin, who is credited as a co-founder of Ethereum and is CEO of Consensus Systems, which builds Ethereum-based applications — signed on.

Buterin introduced Ethereum to the public in February 2014 during a presentation at Bitcoin Miami, a conference of entrepreneurs, venture capitalists and bitcoin evangelists.

By the end of that summer, the newly formed Ethereum Foundation — a nonprofit registered in Zug, Switzerland — had raised about $18.5 million in exchange for 60 million ether tokens through a crowdsale that funded more development.

Those first buyers sat tight for nearly a year, unable to trade or transfer their tokens. (It’s unclear how much ether Buterin and other Ethereum developers currently possess, and Buterin declined to answer a question on that matter.)

The Ethereum “genesis block,” the start of the publicly available record of all transactions processed by the network, launched on July 30, 2015, finally allowing those who had bought the first tokens to access and transfer them.

The price of a single token quickly rose from about 50 cents to more than $1. It lingered around that level until this year, when its rise accelerated dramatically.

So what’s the difference between bitcoin and Ethereum?

Lubin likens bitcoin to a calculator, a tool with a set purpose and range of function; he sees Ethereum as a computer, its uses limited only by the imagination and skill of its programmers and its ability to process and run the applications they build.

The bitcoin blockchain can send packets of data — the individual bitcoins — back and forth from one node to another. Today, that mainly means payments, which are sent over the Internet without the aid or interference of anyone but the sender and receiver.

Ethereum’s potential uses are more ambitious, supporters say, because it adds another layer: Developers can build applications based on “smart contracts” that would allow them to do more than transfer payments. In essence, they say, this would merge business applications and virtual currency.

Ethereum’s creators say applications on their network can run on computing power contributed by its users, who are compensated with tokens. That, they say, removes the need for a centralized system that powers applications and controls their use and governance.

Germany-based Slock.it is building a network that would connect objects — just about anything that can be remotely locked, such cars, bicycles and apartments — to the Internet of things, allowing them to be sold, shared and rented without human intermediaries. It has been compared with a mashup of Airbnb and Uber.

And Microsoft MSFT, +0.60% offers a platform for building Ethereum-based applications built by Consensus Systems to clients of its Azure cloud-computing service.

Ultimately, what Ethereum’s creators want to build is a system that lets people perform complex computing tasks with as little reliance on middlemen as possible.

Another example Lubin provides: a “decentralized” social network that lets users maintain control of, and profit from, their own data. The interface might look familiar — users could build profiles, add friends, and publish and tag photographs — but members wouldn’t need to give a third party as much personal information as they do other social platforms.

In a video, Slock.it’s founders say they are using Ethereum to build a “DAO,” or “decentralized autonomous organization.”

“Think of it as a company operating under a set of immutable rules controlled by the blockchain so that even if the company was to go under, the DAO would continue to operate,” they said.

‘A solution in search of a problem’

Investors, entrepreneurs and developers are intrigued by Ethereum’s promise. But even some who have invested in building applications on the platform say the system needs work.

For decentralized networks to be effective, every transaction must be processed by every node — or computer — and then verified and stored.

This requires a massive amount of computing resources, as well as the capability to store a quickly growing quantity of data, by every participant in the network, said Tone Vays, head of research at BraveNewCoin, which provides data on the cryptocurrency market.

This issue — what computing experts commonly refer to as the blockchain’s “scalability problem” — could strain the network’s ability to function as it becomes more widely used, Vayes said.

Ethereum critics and supporters alike worry that the network can’t generate enough computing power to run applications on a global scale and say the creators haven’t shared enough information about how they intend to fix that.

“They still need to build all of the things they promised they’d build,” said one entrepreneur who attended a March meetup about Ethereum held at the offices of Pillsbury Winthrop Shaw Pittman LLP in Manhattan.

Some companies have opted to pursue their own blockchain solutions after experimenting with Ethereum. A spokeswoman for International Business Machines Corp. IBM, +1.60% said the company decided to build its own system to “solve a number of issues that Ethereum did not address.”

Ethereum’s creators acknowledge these concerns, and say that developers are working hard to solve the problem. Lubin said in March that a “scalability solution” might be ready in two to three years.

Meanwhile, the market for ether tokens — like the broader cryptocurrency market — has relatively low trading volume, so a comparatively small number of transactions can have an outsize impact on the price. Hayter and others believe there are signs high-frequency trading bots have been used to artificially inflate prices.

Buterin says there’s little Ethereum’s developers can do to fight price manipulation of its tokens. “I have no idea how we can even detect something like that or what we can do about it,” he said in an interview.

Regulators gave Ethereum a credibility boost in early May when the New York State Department of Financial Services said it would allow Gemini Trust Company LLC, the cryptocurrency exchange founded by Tyler and Cameron Winklevoss, to offer trading in ether tokens to clients in New York state.

But the most fundamental concern about Ethereum’s future extends beyond issues of engineering and mechanics.

Some critics say that while bitcoin’s purpose is clear — facilitating the transfer of value between two parties and allowing it to be stored in a way that makes it practically impossible for a third party to interfere — no similarly clear use for Ethereum has emerged.

Slock.it and others are building applications that seek to disrupt more established, centralized, businesses: Companies like Facebook FB, +0.46% and Airbnb already have massive, dedicated user bases and followings. Critics worry that it would be difficult to persuade users that the benefits of blockchain-powered systems outweigh concerns about the system’s lack of processing power and the hassle of migrating to a new, untested technology.

And so while some observers see massive potential for the platform, others see it as something else: a “solution in search of a problem.”

But believers are confident that a solution to the scalability problem will soon be found — and when it is, interest in building Ethereum-based systems will increase rapidly.

“Blockchains don’t scale. That’s it. Somebody needs to find a solution, and a lot of people are working on it,” said Stephan Tual, founder and chief operating officer of Slock.it. “Why doesn’t it bother us? Because we skate where the puck will be, not where it is.”