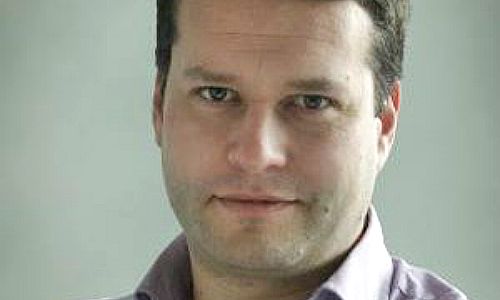 The man leading UBS’ exploration of blockchain and cryptocurrency technologies is leaving the bank, according to an internal memo seen by Business Insider.

Alex Batlin is leaving “to pursue an opportunity outside of UBS” the memo written by UBS’ head of innovation Veronica Lange states. The departure was first reported by Financial News.

It’s the second high-profile departure of an executive working with fintech — financial technology — at the bank this year. UBS’ chief information officer Oliver Bussmann left the bank in March amid a management reshuffle. Bussmann, formerly CIO at software giant SAP, was a huge advocate of blockchain technology and well-regarded in London’s fintech community. The two departures are understood to be unrelated.

Batlin ran UBS’ innovation lab at Level 39, a fintech hub in Canary Wharf, and headed its Crypto 2.0 programme, exploring the use of cryptocurrencies in mainstream finance.

Lange says in the memo: “There is no change to our focus and approach on blockchain technology. We are reviewing the options for internal and external candidates to lead the next phase of the program and to extend our L39 lab activities beyond blockchain as we move forward.

“Alex’s dedication to the innovation lab and Crypto 2.0 pathfinder program has left us with a well-organized project pipeline and in a strong position to approach the next phase of blockchain technology acceleration and business development.”

Banks and financial institutions around the world are investing huge amounts of time and energy into blockchain technology, spending thousands on proof of concepts, issuing countless white papers, and joining industry-wide bodies to figure out how to use the protocol.

Blockchain is a type of database technology first developed to underpin digital currency bitcoin. Instead of one central database of who owns what, blockchain allows for a network of identical, linked databases that talk to each other and are updated simultaneously.

Every time someone wants to make a change or add something onto the blockchain (the shared database), the majority of members of the network must sign off on it. This cuts out the need for middlemen in transactions, because the fact that everyone signs off means trust is built into the system.

By cutting out middlemen, cost is reduced. The process of the group signing off on transactions should also theoretically reduce error. These two key features make it hugely attractive to banks.

Bitcoin’s original blockchain is used to record bitcoin transactions — but the tech could theoretically be used to record just about anything that involves transactions. Applications are being developed for everything from share records to art and diamonds.