Who are the biggest investors in Dubai’s real estate market? 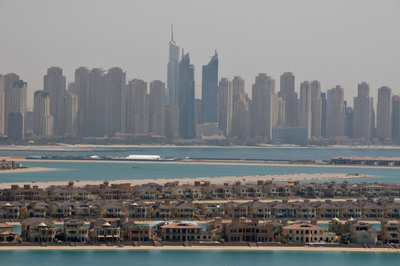 It’s no secret who the top foreign investors in Dubai’s real estate market are. Time and again, Indians have emerged atop the podium as the biggest non-GCC foreign buyers of real estate in the emirate. And it’s no surprise that it’s so, considering the large Indian diaspora in Dubai and the quality of life and the prices of properties and rental returns that are up on offer.

But as large as their aggregate investment might be, it still brings to mind the question about what actually is being bought. With exclusive data form UAE property portal Bayut.com, we have tried to guess the types of properties that actually attract nationals of the rising South Asian economic giant.

Based on results from Bayut’s database, the intent of Indians can be divided into two major categories: the interest for sale and rental properties. The portal said that, based on the leads generated for advertisers on its website in the January to July 2016 period, a 60 per cent share went to properties for sale and the rest to rental real estate.

Compared with the same period last year, the leads generated for villas spiked by nine per cent. One of the possible explanations for the increased interest could be the price rationalisation the market is currently undergoing. Over the past few months, prices in Dubai have lost much of the inflationary steam they amassed between 2013 and 2015. The local government’s timely interventions helped the market avoid overheating and prices became much more realistic. So, it can be safely said that the adjustments have put many luxury villas well within the reach of investors, explaining the obvious rise in Indian investors’ interest in them.

Area-wise, the following table explains the locations in which Indians were most interested in acquiring properties in the first seven months of the year.