6 key trends that will shape the UAE real estate industry 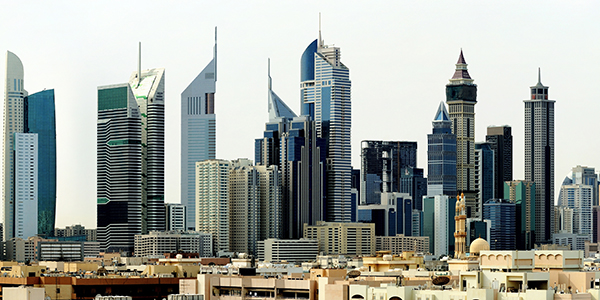 Propertyfinder Group’s inaugural UAE Real Estate Trends report shows a continued undersupply of affordable villas in Dubai is pushing up prices in this segment, enabling it to outperform a broadly lackluster market that remains pressured by low oil prices and sluggish economic activity in the Gulf. These gains may be positive for investors but will not be welcomed by residents struggling to find somewhere affordable to live in Dubai, which is among the 10 most expensive cities globally.

Propertyfinder.ae has identified six key trends and drivers that will affect the market in the months ahead.

propertyfinder’s own market research conducted using the median asking price across the top 20 communities for apartments and villas in Dubai – shows in general, flat prices for apartments and a drop in villa prices (particularly for the higher end). However, not all communities showed declines. The affordable villa segment in both sale and rent actually showed signs of growth, indicating that there continues to be an undersupply here. Propertyfinder.ae believes that continued global economic uncertainties will lead the market to remain relatively stable over the remainder of 2016, with no recovery in prices until at least 2017.

The trend of project delays – a byproduct of the slowing market conditions in 2016 – is likely to continue. These delays can be attributed to a number of reasons, including finance issues, contractual disputes, construction delays and licensing/approval delays, while some developers will deliberately hold back completions to avoid flooding the market.

However, these delays could be viewed as something of a blessing in disguise, as they will help stabilise the market and avoid excessive oversupply.

Increase in demand for affordable housing

With the imminent arrival of Dubai Expo 2020, which will require thousands of new professionals to enter the local job market, both Dubai and Abu Dhabi are under pressure to provide affordable housing to encourage expat workers to immerge their roots in the UAE.

This has seen contractors in the region finding their already tight margins squeezed even further by developers driving the growth of the UAE’s affordable housing sector. This situation is likely to result in a more adversarial relationship between developers and contractors in the future.

A stronger emphasis on building safety

After the unfortunate spate of serious high-rise fires in Dubai, 2016 will witness greater attention towards building safety from various stakeholders, including: developers, landlords, occupiers, consultants, and government agencies.

Due to this increased overall awareness, there will be more demand for well-maintained buildings with better fire safety. The market will also witness new regulations where building owners will have to adhere to stricter fire safety guidelines from government agencies, such as the Civil Defence.

Build To Suit (BTS) will continue to appeal

The first half of 2016 saw Mashreq Bank following in HSBC’s and SCB’s footsteps in having a new office building built according to its own specific requirements in Downtown Dubai. Not only does this further strengthen this area as the centre for the onshore financial sector, it also illustrates the continued preference for major financial institutions to commit to purpose-built premises rather than occupying space in existing buildings.

The search for alternative investments

With a large amount of global money still seeking a home in real estate assets, one of the key trends will be a shift in interest from traditional investment classes such as office, residential and retail, towards alternative real estate assets such as schools, hospitals, student housing, and infrastructure. The growth of interest in these alternative real estate assets is being further fuelled by increased supply and reduced returns from traditional assets and the availability of more investment vehicles that provide a means of accessing new sectors of the market. At the forefront of this trend is a growth of interest in educational assets, which offer attractive returns from a growing and relatively secure sector of the market.