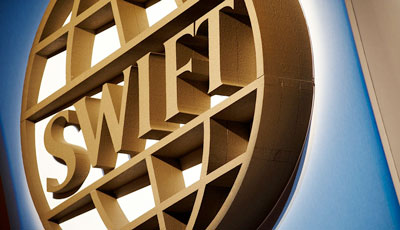 The SWIFT Institute has published a new research paper analysing whether Bitcoin will crowd out fiat currencies in the global community.

The paper, entitled “Virtual currencies: Media of exchange or speculative assets?”, looks at the dynamic relationship between virtual currencies, such as Bitcoin, and fiat currencies, and evaluates any immediate risks that virtual currencies pose to monetary, financial or economic stability. The research was conducted by Dirk G. Baur, UWA Business School, KiHoon Hong, Hongik University College of Business in South Korea and Adrian D. Lee, University of Technology Sydney (Australia).

Key Findings from the research include:

“Contrary to conventional wisdom, our research shows that fiat currencies crowd out Bitcoin, not the reverse, and that the design and size of the Bitcoin market deprives the currency of its intended use as a medium of exchange,” says KiHoon Hong, Hongik University College of Business. “What is also evident is that Bitcoin poses minimal risk to financial or monetary stability. Despite this, if the acceptance of Bitcoin or other virtual currencies increases significantly on a global scale, it could have significant consequences on the relevance of monetary policy, as its decentralised and independent nature makes regulatory oversight difficult.”