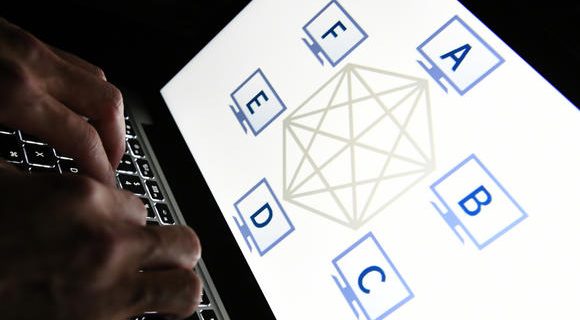 A consortium of Japanese banks will experiment with fund transfers using virtual currencies, with an eye toward developing a more convenient, lower-cost alternative to wiring money.

SBI Holdings and SBI Ripple Asia lead the payments consortium, which had 56 members as of Wednesday, including recent additions MUFG unit Bank of Tokyo-Mitsubishi UFJ and Shiga Bank.

Only some of the members, such as Mizuho Financial Group, Resona Holdings’ Resona Bank and Concordia Financial Group’s Bank of Yokohama will participate in the upcoming test, which is designed to examine the time, cost and convenience of money transfers using virtual currencies. Creation of a new virtual currency that can only be used by the financial institutions taking part in the test is being considered as well.

The money transfers will utilize blockchain technology, but the exact type of system to be used has yet to be determined. One contender, developed by Ripple, the U.S. fintech firm behind the virtual currency XRP, is said to be able to handle 200 times more data per second than the blockchain system employed by bitcoin, making it possible to complete a money transfer within seconds.

The test’s main goals are to determine whether a virtual-currency-based system can be used to offer 24-hour fund transfer services and whether it can lower costs for banks. At present, banks use a system run by the Japanese Bankers Association for domestic money transfers. Domestic transfers are generally available only between 8:30 a.m. and 3:30 p.m. Some estimates suggest that a virtual-currency-based system would cost roughly a tenth of what banks now shoulder for developing and maintaining the association’s system.

The consortium is also considering testing virtual-currency-based international fund transfers. The hope is that the use of blockchain technology may be able to lower costs compared with SWIFT, the global payments network.