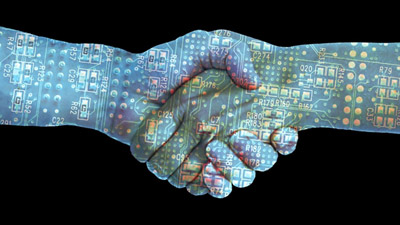 Another day, another blockchain project unveiled by a bank, technology company, or consultancy. IBM will join the fray this week by announcing a partnership with China UnionPay to let bank customers exchange bonus points in different loyalty schemes.

Arguing that such a project would be prohibitively complex and costly using conventional technology, IBM and China UnionPay say that it is only possible because of the blockchain system that underpins bitcoin, the cryptocurrency.

The US technology group and the Chinese state-owned payment settlement network aim to eventually include all kinds of loyalty schemes in the exchange, including air miles and supermarket reward cards.

Blockchain technology is a complex set of algorithms and cryptography created to allow bitcoins to be traded and verified electronically over a widely distributed network of computers without a central ledger.

Having initially been sceptical about it because of worries over fraud, big banks are now exploring how they can exploit the technology to speed up back-office settlement systems and free billions in capital tied up supporting trades on global markets.

IBM and China UnionPay say bank customers are often restricted in how they can spend their bonus points in loyalty schemes, so would benefit from a speedy way to exchange them for points in other banks’ schemes.

He Shuo, director of China UnionPay’s Electronic Payment Research Institute, said: “Blockchain embeds trust into transactions. This along with similar innovations under way using blockchain will positively change the future of the finance industry.”

IBM has developed its own blockchain solution and is working with a number of financial institutions on other projects in this area, including Bank of America and Bank of Tokyo-Mitsubishi UFJ.

However, there remains significant scepticism about the potential for the largely unproven technology to transform large swaths of financial services.

“Blockchain is a technology in search of a problem,” said Alexander Ross, investment executive at Illuminate Finance, a venture capital group focused on financial technology. “We are seeing a very large number of new blockchain companies but only seriously look at backing solutions that solve real world business problems.”

This week has brought a flurry of announcements about blockchain projects ahead of next week’s Sibos financial conference in Geneva.

Technology consultants GFT will on Friday announce a project with Royal Bank of Scotland to test the UK state-controlled bank’s blockchain initiative using a cloud platform from Google.

Earlier this week, seven financial institutions, including HSBC, Citigroup and Credit Suisse, announced the launch of a blockchain system developed by Axoni to store and maintain their records of trading data.

Meanwhile, Switzerland’s stock exchange announced that it was teaming up with Digital Asset Holdings, the blockchain specialist run by former JPMorgan banker Blythe Masters, to develop a prototype for post-trade securities processing.

Separately, Accenture courted controversy in the blockchain community by patenting a technique for editing information stored using the nascent technology in a move designed to make it more commercially viable.