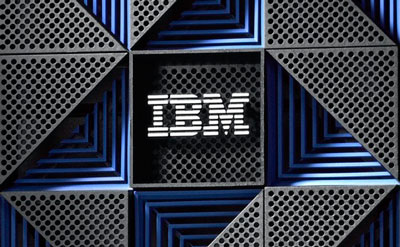 International Business Machines Inc. is becoming the biggest backer of a technology that underpins the Bitcoin digital currency. In the coming year, IBM will begin testing its own variation on the transactional software known as blockchain, aiming to simplify life for customers who lease IBM’s computer hardware, the company said.

IBM, in a bid to establish a new standard for blockchain software, on Tuesday expects to contribute computer code it developed to a free, open-source project called Hyperledger.

The company also plans to introduce new services intended to help software developers build blockchain services for its mainframe computers and for devices that use radio-frequency identification tracking tags.

Additionally, the company plans to set up a network of what it calls “IBM Garages” in London, New York, Singapore and Tokyo, where customers can experiment with its blockchain software.

IBM Chief Executive Virginia Rometty is expected to announce her company’s blockchain initiatives at a conference on Tuesday. The company said that two of its customers, London Stock Exchange Group PLC and Japan Exchange Group Inc. are now exploring ways of using the blockchain code in their businesses.

IBM’s effort is one of several experiments that are pushing blockchain’s method of managing online transactions beyond Bitcoin. Companies including Nasdaq Inc. and J.P. Morgan Chase & Co. also are exploring the software’s potential.

Blockchain has attracted attention because it provides a way for different entities to share information in a tamper-proof public ledger. It could one day provide a digital alternative to a range of record-keeping systems, many of which still rely on paper, technologists say.

IBM believes that blockchain could be used to coordinate various back-end systems that are involved when the company leases computer equipment. Others think it could be used to track stock or real-estate ownership, or to settle international financial transactions. “I think the number of places that a distributed ledger can be used could become almost limitless,” said Arvind Krishna, a senior vice president of IBM.

For all of the interest in blockchain, however, there is scant data measuring its real-world utility, said David Sica, vice president of NYCA Partners LLC, a venture fund focused on financial-services technology.

Still, Mr. Sica expects that IBM’s entrance into the nascent blockchain market will push more large companies into testing the technology. “I think it makes a lot of sense that [IBM is] in this space,” he said. “I wouldn’t be surprised if these companies ultimately go into production with a company like IBM because they have dealt with them forever.”

IBM intends for Hyperledger to make blockchain faster, more scalable and easier to use, Mr. Krishna said. It also expects the software to provide advantages for owners of IBM hardware. The software works on any computer that runs the open-source Linux operating system, but Mr. Krishna said he believes it will find a home on IBM’s mainframe computers as well as lower-cost systems.

“A lot of enterprise clients do have their existing transactional systems on the mainframe,” he said. “It will absolutely add workload to the mainframe.”

IBM’s internal test of blockchain is limited in scale, Mr. Krishna said, but he added that he hopes it will give the company a better way to measure the technology’s benefits by year-end.