The root cause of monetary confusion 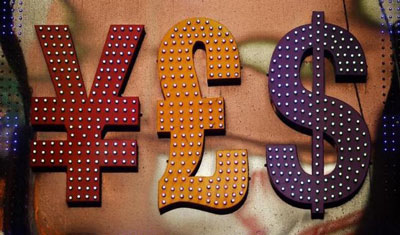 Supporting one side or the other as if they were opposing football teams does not represent constructive debate, which must be approached with an open mind.

This has now become crucial, because conventional and even unconventional monetary policies have demonstrably failed in their objectives, so it is time to look at the problem from another angle. This article does this by drawing on the implications of Gibson’s paradox, its recent resolutioni, and its apparent absence in the post-Volcker years.

Gibson’s paradox was the established correlation between wholesale borrowing costs (or its proxies) with the general price level, and the absence of any correlation between wholesale borrowing costs and the rate of price inflation. The paradox was evident in the UK for about two hundred years, the full extent of useful statistics, with possibly an even longer history. It is unarguable. This is illustrated in the following two charts, the first showing the correlation.

The second chart shows the lack of correlation between borrowing costs and the rate of price inflation. This is also unarguable. It is also important, because monetary policy is predicated on the assumption the correlation actually exists.

So the whole basis for monetary policy is simply wrong, whatever the macroeconomists say. Returning to the true correlation between borrowing costs and the price level, in the UK it continued until 1970, as shown in the next chart.

But from the mid-seventies the relationship ended, shown in our fourth chart.

In the US, the correlation between the price level and interest rates broadly continued until the end of the 1970s, shown next,

before it broke down into the non-correlation of today, shown in our last chart.

So what happened? In a nutshell, Gibson’s paradox applied until the mid-seventies in the UK, and until about 1980/81 in the US. That is accepted by economic historians, as well as by Fisher, Keynes and Friedman. The difference between the pre-1970s and post-1970s was the Bank of England raised rates to record levels in 1974, which combined with the secondary banking crisis killed commercial demand for money. In the US, the Fed under Paul Volcker raised interest rates in 1980/81 in order to curb runaway price inflation, a policy that also completely suppressed commercial demand for credit. These were the dates when the free market for commercial credit was broken by exceptionally high nominal interest rates, and when the central banks took ultimate control over the pricing of industrial loans.

The resolution of Gibson’s paradox, which had hitherto confounded economists, turned out to be relatively simple. The rate of interest in free markets is not set by avaricious savers, which was the unspoken default assumption of Fisher, Keynes and Friedman, but by demand for working and investment capital from entrepreneurs and businessmen. The interest they could afford to pay was in turn set by the prices they could obtain for their products, hence the correlation between the cost of borrowing and wholesale prices.

The mistake previous economists made in trying to explain the paradox was also inconsistent with subjective price theory, which dictates that prices are set by buyers, not sellers. In bidding for capital, entrepreneurs are renting money from savers, so they are the buyers and savers are the sellers. The rent, which is the interest paid by the entrepreneur, must relate to the profit the entrepreneur thinks he can make by renting the saver’s money. Incidentally, this is why negative interest rates are such nonsense, being tantamount in price theory to a declaration that the use of money other than as cash has no value.

As mentioned above, the Gibson’s paradox relationship was broken by the exceptionally high interest rates imposed by central banks in the 1974-1981 period, at least in Anglo-Saxon markets. As clearly shown by the earlier lack of correlation between wholesale interest rates and the rate of price inflation, monetary policy which attempts to put a lid on inflation by varying interest rates could never work. Instead, central banks have only a blunt instrument to deploy if they raise interest rates above the level which profitable businesses are prepared to pay. Besides that, they actually have no control over outcomes.

The problem with setting interest rates below the level that viable businesses would otherwise be prepared to pay is that it also allows less robust businesses to fund unprofitable ventures, a conclusion confirmed by Austrian business cycle theory. It is perhaps no accident that since the eighties Austrian-school scholars have been able to refine their trade cycle theory of boom and bust. However, recent busts have been prevented, so the majority of unproductive debt merely accumulates from one cycle to another.

Even though central banks have taken control of interest rates away from the markets, the Gibson relationship actually still exists, though it is no longer apparent. No sensible borrower will pay more interest than is commercially justified relative to prices for his products, and equally, when the rates are suppressed by the central bank, the borrowing opportunity becomes commercially viable.

Instead of borrowing costs finding a balance set by demand in the market, the central bank actually has no idea what the right rate should be. This allows the central bank’s automatic bias in favour of lower interest rates to drive monetary policy. The result is many businesses that should go to the wall can avoid that commercial reality, rolling over debt which would otherwise end up defaulting. Borrowing for the purpose of just staying in business, instead of investing in commercial progress, becomes the norm. Unsound ventures are entered into, whose rates of return are only justified by suppressed interest rates. These conditions often support labour-intensive businesses that haven’t evolved with customers’ needs, haven’t invested in more efficient production, and have consequently become grossly inefficient.

These bad businesses increasingly tie up labour that would be more productively used elsewhere, and they are only able to pay wages that reflect poor productivity. This in turn gives rise to a growing number of workers, who as consumers find it increasingly difficult to afford everyday basics, without relying on credit.

Consequently, it is not just unprofitable businesses that have built up debt, but increasing numbers of consumers have as well. Furthermore, governments have also joined in the debt bonanza, similarly benefiting from the interest rate suppression policies of the central bankers they themselves appoint. The result is an accumulation of unproductive debt in all sectors of the economy, to the point where a small increase in interest rates is all that is required to trigger the next debt crisis. I estimate that today, US dollar interest rates of little more than 2% at the Fed Funds Rate level will lead to a general debt liquidation, a level that is reducing over time as the debt burden grows.

The easy-money brigade has finally begun to accept that there are problems with its monetary solutions. The answer, they say, is to consider even more radical measures, such as outright debt forgiveness, a $10 trillion platinum coin, or even the Chicago planii. The Chicago plan involves the government nationalising the banks’ assets in a cash-for-debt swap, and separating the deposit function in banking from investment. Fractional reserve banking would be abolished, central banks closed, and the creation of money together with interest rates would become a direct responsibility of government. Given the failure of current monetary policies, I would put a significant probability on variants of the Chicago plan surfacing again as a solution to the current monetary crisis.

The success, or otherwise, of such a plan depends heavily on the future honesty of governments, which as a basis for action is frankly naïve. The assumption is that interest rates will be set by government on a rules-based formula, replacing failed central banks. The intention, as the IMF paper makes clear, is to remove the zero bound (pp 38-39), so the outcome would likely be to swap today’s failed monetary experiments for a highly inflationary outcome.

Anyway, central banks are sure to lobby hard against solutions of this sort. I remember Milton Friedman putting forward the basic thesis on British television in the seventies, and thought then that it was wholly impractical. It had been discussed in the 1930s, and it was rejected then. It was also considered and rejected in the inflation crisis forty years later. It has been proposed more recently by two IMF economists, and doubtless, it will be proposed again.

The fact of the matter is that monetary planners are beyond the point of no return with their failed policies, which is why we will see increasingly desperate proposals designed to evade reality. It is a certainty that the very last option that will be considered is a return to interest rates being set by genuine demand from entrepreneurs and businessmen. The natural market relationship between interest rates and the price level, expressed in Gibson’s paradox, will continue to be ignored by macroeconomists, unprepared to consider the interest rate question beyond a first-order effect.

They also think that by resolving the debt problem that they themselves created by suppressing interest rates, they will have fixed the economy. They overlook the fact that the economy has become overburdened by malinvestments and inefficient businesses that must fail. Money and credit is not the full extent of the problem, and a purely monetary solution cannot resolve the difficulties created by ill-conceived monetary policies in the past.

If only they had paid more attention to the message of Gibson’s paradox, and spent some effort in trying to understand it properly, perhaps the course of monetary economics would have been fundamentally changed. Instead, the benefits of free markets have been fatally undermined.

Sorry folks, but widespread losses, the consequence of flawed monetary policies, are going to have to be taken one way or another, and that is the reality that the proponents of unsound money are desperately trying to evade.

iiThe IMF issued a paper on the Chicago plan in August 2012. It is a typical example of the macroeconomic genre, laced with wishful thinking supported by biased references and irrelevant mathematics. See https://www.imf.org/external/pubs/ft/wp/2012/wp12202.pdf