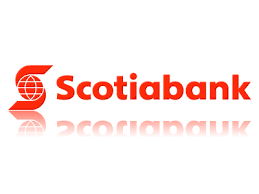 The GFMA’s Global FX Division announced the addition of Scotiabank as a new Board member, bringing its total membership to 25 foreign exchange market participants – representing over 85% of the FX dealer market.

“Claudia has proved a highly effective Vice Chair over the past year and we are delighted she will now lead the committee as Chair. Nigel has a wealth of market knowledge and is a long-standing member of the Board. This is the first time a Japanese bank has taken a GFXD governance role and it comes at an important time, given the AsiaPac region’s rapid development.”

“Following the completion of his term as Chair, Chris Allington, who was recently promoted to interim Head of Financial Markets at Standard Chartered, now steps down.  I would like to thank him for all his excellent guidance, support and promotion of the GFXD’s activities.”

Commenting on the addition of Scotiabank to the GFXD Board, James Kemp added:

“We are delighted to welcome Scotiabank – and Camilla Sutton – as a member. With our permanent presence in the key regions, North America, Europe and Asia, the Global FX Division seeks to ensure the fullest global representation of dealers in the FX market. We provide a unified global voice for our members as we seek to ensure global harmonisation of regulation and a well-functioning, fair and effective market.”

Camilla Sutton, Global Head of FX at Scotiabank, joins other senior industry leaders on the Global FX Board. Camilla assumed her current position at Scotiabank in May 2015, where she is responsible for global FX sales, trading and strategy. Previously, she was Scotiabank’s chief FX strategist for nine years.