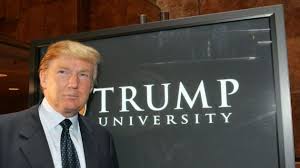 Donald Trump has settled fraud lawsuits relating to Trump University for $25m, removing a legal headache despite having pledged to fight the cases to the bitter end.

Lawyers for the president-elect settled the three lawsuits on Friday, averting the prospect of him testifying in a courtroom showdown which threatened to reveal more troubling details about the now defunct real estate course.

New York’s attorney general, Eric Schneiderman, claimed vindication and victory for those “swindled” by the course.

“Donald Trump fought us every step of the way, filing baseless charges and fruitless appeals and refusing to settle for even modest amounts of compensation for the victims of his phony university,” Schneiderman said in a statement. “Today, that all changes. Today’s $25m settlement agreement is a stunning reversal by Donald Trump and a major victory for the over 6,000 victims of his fraudulent university.”

Every victim will receive restitution and the president-elect will pay up to $1m in penalties to the state of New York for violating state education laws, Schneiderman said. “The victims of Trump University have waited years for today’s result and I am pleased that their patience – and persistence – will be rewarded by this $25m settlement.”

Trump’s attorney did not immediately respond to a request for comment. Under the deal the president-elect will reportedly not admit to any wrongdoing.

Former students who filed the suit said they were lured by false promises to pay up to $35,000 to learn Trump’s real estate investing “secrets” from his “hand-picked” instructors.

The casino owner-turned-Republican candidate denied the allegations and said he relied on others to manage the business.

Of the $25m some $21m will help reimburse those involved in the California suits. Some $3m will go to those in New York not covered by the California lawsuits.

Trump catapulted the case into the election this summer by assailing Judge Gonzalo Curiel, the federal district court judge hearing the case. Trump called him a “hater”, a “total disgrace” and “biased”. “He is not doing the right thing … [He] happens to be, we believe, Mexican,” he told a rally in San Diego.

For a White House hopeful to attack a federal judge in such a way was unprecedented. And inaccurate. Curiel has Mexican heritage but is a US citizen born in Indiana.

GOP primary opponents, and later Hillary Clinton, used the lawsuits to bash Trump as a huckster.

Stung, he vowed in tweets, speeches and interviews to not settle. “I don’t settle lawsuits,” he told a rally in Arkansas. “Probably should have settled it, but I just can’t do that. Mentally I can’t do it. I’d rather spend a lot more money and fight it.”

However, his unexpected election victory put pressure on the president-elect, who is busy forming a cabinet, to end the distraction before his inauguration in January – and before the possible emergence of further damaging revelations.

The opening of 400 pages of the Trump University “playbook” to public scrutiny in June shone a light on the ruthless business practices the real estate mogul used to build his business empire.

Employees were told to get people to pile on credit card debt and to target their financial weaknesses in an attempt to sell them the high-priced real estate courses, especially the $34,995 Gold Elite three-day package.

The documents contained an undated “personal message” from Trump to new enrollees at the school: “Only doers get rich. I know that in these three packed days, you will learn everything to make a million dollars within the next 12 months.”

Staff were told to spend lunch breaks in sign-up seminars “planting seeds” in potential students’ minds about how their lives would not improve unless they joined the program. Staff were also told to ask them personal questions to discover weaknesses that could be exploited to help seal the deal.

Carl Tobias, a law professor at the University of Richmond, said the settlement appeared to be a substantial victory for the plaintiffs. “Especially because Trump suggested that he never settled cases and derided others who did settle them.”

The looming move to the White House ratcheted up pressure, Tobias said. “It was not inevitable, but it would have been very difficult to create a new government and conduct this litigation, particularly if Trump had to testify. Merely postponing it until he was president would not have helped much as the job will consume him.”

In an unrelated case, Trump’s lawyers on Wednesday dropped a lawsuit he was pursuing in Florida about commercial air traffic over his Mar-a-Lago estate.