These are the minimum wages in European countries

For comparison, the federal minimum wage in the United States was €1 192 per month in January 2017.

This information comes from an article issued by Eurostat, the statistical office of the European Union. 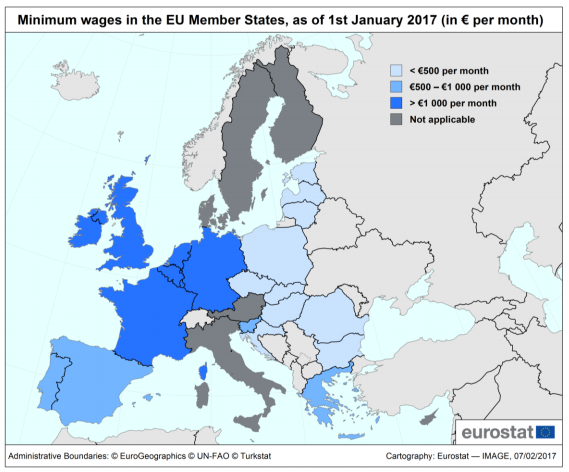 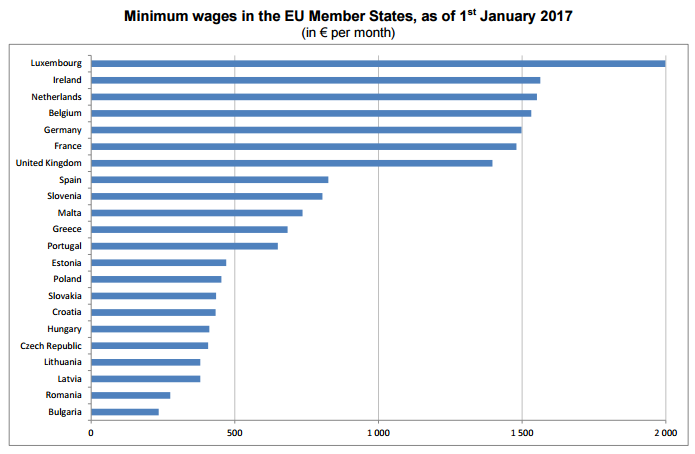 However, the disparities in minimum wages across the EU States are considerably smaller once price level differences are eliminated: minimum wages in those Member States with relatively lower price levels become mrelatively higher when expressed in purchasing power standard (PPS), and relatively lower in those Member States with higher price levels. The gap is reduced to a ratio of about 1:3, ranging from 501 PPS per month in Bulgaria to 1 659 PPS in Luxembourg.

Minimum wages decreased compared with 2008 only in Greece