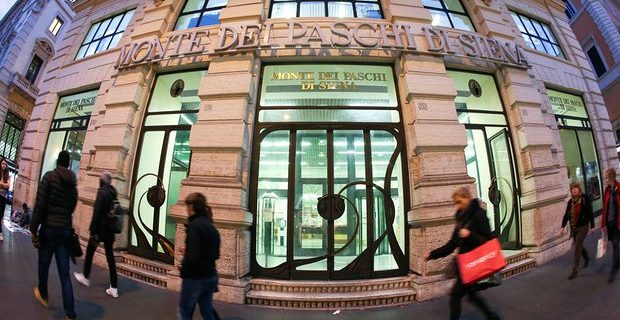 The European Commission, the OECD, Economy Minister Piercarlo Padoan, EBA President Andrea Enria, Bank of Italy Vice Governor Fabio Panetta, and the Fitch ratings agency. One after another, like a chorus, they all spoke out on the same theme this week: non-performing loans, which are still one of the obstacles to Europe’s recovery and, therefore, need to be disposed of as soon as possible.

Especially in Italy, which holds the unenviable record of the biggest stock of NPLs in Europe: according to the Italian Banking Association (ABI), there has been €86.9 billion in net losses through December 31st—roughly a quarter of the Old World’s total, according to EBA. As the OECD cautioned in its Economic Survey on Tuesday, the Italian banking system is still “vulnerable” and needs to be safeguarded “urgently.”

Fitch piled it on even higher the day after, confirming the sector’s negative outlook due its the difficulties in “mitigating the growing burden of non-performing loans on capital.”

Disposing often means devaluing, and therefore writing off losses at a capital level: so far, this has been enough to lead banks to proceed with caution. Currently, there is a total of €70.4 billion in gross NPLs ready to be ceded by Italy’s main banks: practically speaking, more than 20% of all stocks in gross non-performing loans.

The UniCredit factor
Have we reached the day of reckoning? Yes, maybe this time. The reason is simple: the first big divestiture operation has already been set in motion. It should have been Monte dei Paschi’s (MPS)—which, back in the autumn, was ready to launch the mega-securitization of €28.5 billion that underpinned its recovery plan. But the plan was scuttled, and Siena even failed in their attempt to break into the NPL market.

And so, essentially, the buck was passed to UniCredit: just as MPS was beating a hasty retreat in mid-December, Jean Pierre Mustier’s bank presented a similarly-aggressive plan for NPLs—voluntarily, however, and not because they were required by the ECB. This plan was launched in mid-January, in tandem with a €13 billion increase in capital: it’s called the “Fino” project, and it calls for €17 billion in NPLs to leave the bank and be dispersed among several ad hoc vehicles that (by the end of the year) will begin to issue securities, the majority of which will end up at Pimco and Fortress (their “travel companions”).

The operation is decisive, since getting rid of a large quantity of NPLs would essentially allow the market to deduct the most sizeable amounts.

Even though, obviously, the price will leave a mark: €17 billion in gross NPLs, a large portion of which came from Capitalia, will be transferred to these vehicles at 12.9% of their face value (according to what the bank reported in a footnote at the presentation of their 2016 accounts). Very, very little. But, as previously stated, this is old credit and dubious guarantees—therefore, they can’t automatically be considered a ‘benchmark’ by any means.

The other packets being offloaded
It’s true that UniCredit, which has gotten rid of €9 billion in gross NPLs over the last four years, is looking to sell even more: their plan for 2019 talks about another €5 billion in divestitures. Even Intesa Sanpaolo is tightening their grip: at the presentation of 2016’s accounts, CEO Carlo Messina revealed that they will have an ad hoc NPL plan within the next few quarters. In the meantime, he issued a target NPL ratio for 2019 (from 14.7% to 10.5% gross) and hinted at essentially another €200 million in investments in Capital Light Bank, which has already (in just three years) offloaded €20 billion in non-core assets (a good deal of which were NPLs) and—just in recent weeks—has been negotiating the divestiture of €2 billion gross (secured and unsecured).

And then there’s MPS. The NPL factor will be one of the key points in their new business plan, which will be approved by the board of directors in early March and then presented in Brussels and Frankfurt, in order to gain approval for the state’s investment. It’s already theorized that the release of €28.5 billion in NPLs figures into the securitization that they’ve looked into with Mediobanca and J.P. Morgan, although this wouldn’t exclude ‘shock treatment’ for a gross total of more than €40 billion.

MPS should act by this summer, when REV—the bad bank that holds €10.3 billion in gross NPLs from the old Banca Marche, Etruria, Carife, and CariChieri—will launch their first divestitures: they will end their data collection in the next few weeks, and hold their first auctions within the upcoming months.

Last but not least, the ‘megacenter’ created by Veneto Banca and Popolare di Vicenza should liquidate about €10 billion in NPL stock as well.