Tesco and Serious Fraud Office near to deal over accounting scandal 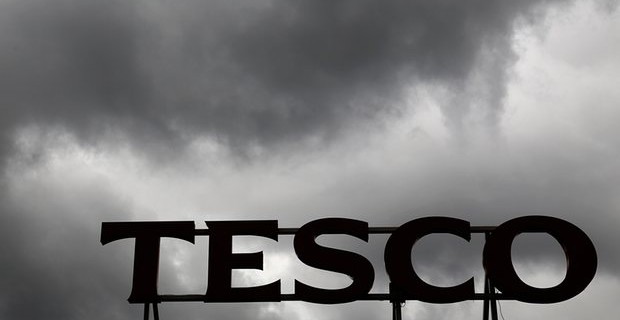 The Serious Fraud Office and Tesco are within days of announcing a settlement that could mean Britain’s biggest supermarket chain will pay a multimillion-pound fine over an accounting scandal.

Under the deferred prosecution agreement (DPA), Tesco would pay a penalty that could be well over £100m and agree to other conditions in return for avoiding formal prosecution for overstating its profits.

The SFO is also close to making a decision on whether to formally charge Barclays and former senior executives at the bank over a £7.3bn bailout from the Middle East at the height of the financial crisis.

David Green, director of the SFO, had said he was aiming to make a decision about the Barclays case before the end of March but it is understood this could now slip into April or even later. The investigation into Barclays centres on whether £2bn that the bank lent to Qatar was used in the 2008 fundraising.

The SFO and Tesco could announce they have reached a DPA as early as this week, according to people close to the talks, although the exact timing depends on if or when the high court approves the deal. The advanced talks between SFO and Tesco and the potential financial penalty of more than £100m were first reported by Sky News.

The Tesco and Barclays investigations are two of the most high-profile cases ever to face the SFO. The fraud-busting agency has been heavily criticised by politicians in the past for the cost of failed investigations but it recorded a significant victory earlier this year when Rolls-Royce agreed to pay £671m to settle allegations that it bribed middlemen around the world between 1989 and 2013.

The Rolls deal was the first major DPA struck by the SFO. DPAs, which were introduced in the UK in 2014, allow a company to suspend a prosecution in return for meeting specified conditions, such as paying a fine and demonstrating that their culture has changed. DPAs, which have been used in the US for years, require judicial approval.

Rolls-Royce qualified for a DPA because the executives in charge of the aerospace and defence company during the period under scrutiny had all left and the company co-operated with the SFO’s investigation.

Tesco also meets this criteria. The SFO launched a criminal investigation into accounting practices at Tesco in October 2014 after the company admitted it had overstated profits by £263m by incorrectly booking payments from suppliers. It later revised this overstatement to £326m.

Tesco, Britain’s biggest retailer by sales, announced the black hole in its profits after a whistleblower approached Dave Lewis, the new chief executive, after he joined the business in September 2014. The shortfall in the grocer’s profits related to the period before Lewis’s arrival, when Tesco was run by Philip Clarke.

Three former Tesco executives accused of fraud in relation to the accounting scandal will go on trial in September. Christopher Bush, the former managing director of Tesco UK; Carl Rogberg, the former finance director of Tesco UK; and John Scouler, the former commercial director for food, are all charged with one count of fraud by abuse of position and one count of false accounting. They are due to go on trial in London on 4 September and have indicated that they will plead not guilty.

Clarke, who ran Tesco from 2011 to 2014, has not been charged. He was interviewed under caution as part of the SFO’s investigation but has since been told that he would not face further action.

On top of the Tesco and Barclays cases, the SFO is still investigating the pharmaceutical firm GlaxoSmithKline, the planemaker Airbus and other major companies. It is also considering whether to charge individuals in the Rolls-Royce case. The organisation said in January, when it announced the DPA with Rolls-Royce, that its investigation into individuals was continuing and it could bring charges within months.

In the judgment in the high court on the DPA between the SFO and Rolls-Royce, Sir Brian Leveson said the company had conducted “the most serious breaches of the criminal law in the areas of bribery and corruption” and that some of the allegations “implicated senior management and, on the face of it, controlling minds of the company”.