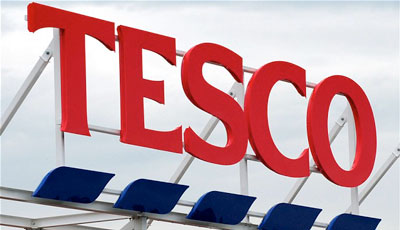 Tesco could be on the verge of dumping PwC, its auditor of 31 years, over its apparent failure to identify the accounting problems that led to a black hole in its books.

The Evening Standard understands that board members at Tesco are furious with PwC’s response to the fallout, since a £263m profit shortfall was revealed two months ago as the auditors attempted to distance themselves from the problems.

A new auditor is being lined up for 2016, but sources close to the company say this could be moved forward to next year.

A source said: “To say the board is not happy with PwC is putting it mildly. When board members saw reports that PwC auditors claimed the problems had been really well hidden by Tesco employees, it felt to them that they were being thrown under a bus.”

Initially, Tesco said the overstated profits only related to the first six months of the financial year – accounts that would have been unaudited – but it was later revealed that the misreporting had been taking place for more than three years, as buyers booked profits into the wrong accounting period.

Rival accountant Deloitte was brought in to investigate, after a whistleblower at Tesco brought the issue to the attention of Dave Lewis, the new chief executive.

Since the report was produced, Deloitte has been hired by Tesco to work with its accountancy department to avoid the misreporting happening again.

The original Deloitte and Freshfields’ report is now with the Serious Fraud Office, as investigators consider criminal sanctions against Tesco or its employees – including the eight workers currently suspended.

PwC has been in place since 1983, despite calls from politicians and campaigners for large listed companies to avoid using the same auditor for long periods. New EU rules could force companies to change auditors after a maximum 20 years and put the position out to tender every 10 years.

Currently, auditors are appointed by Tesco’s audit committee, which is made up of non-executives Ken Hanna, Mark Armour, Patrick Cescau and Gareth Bullock..

It is not yet known whether the new board members Richard Cousins of Compass, or Mikael Ohlsson, the former Ikea boss, will join the committee. Both were brought in by outgoing chairman Sir Richard Broadbent, as he attempted to cling on to his job by bringing more retail experience to the board.

The news comes as latest figures revealed the supermarket price war meant UK grocery takings fell for the first time since records began in 1994. Kantar Worldpanel revealed that total sales for the 12 weeks to 9 November fell 0.2 per cent.

Tesco suffered the most, with sales in the period falling 3.7 per cent compared with a year ago. By comparison, sales at discounters Aldi and Lidl rose 25.5 per cent and 16.8 per cent respectively.