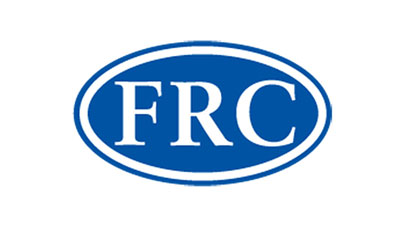 Grant Thornton UK LLP (“GT”) and Robert Napper (a retired GT Partner) (together, the “Respondents”), have admitted Misconduct and agreed to fines and other sanctions. This follows the conclusion of the Financial Reporting Council’s (FRC) investigation relating to the audits of the financial statements of the AIM listed company AssetCo plc for the financial years ended 31 March 2009 and 31 March 2010. GT were the statutory audit firm, and Mr Napper the Audit Engagement Partner.

The Respondents have admitted that their failings arose as a result of the significant and widespread lack of professional competence and due care in the performance of the audits including:

a) Failures to keep track of tasks and resolve outstanding queries, which led to confusion and some key information and issues being overlooked;

c) Deficiencies in understanding; and

The Respondents have further accepted that the root cause of many of the defects in their audit work was a significant failing in the application of professional scepticism, which should be at the core of the work of statutory auditors.

The FRC’s Executive Counsel brought a total of 12 allegations against GT and Mr Napper, concerning matters including:

The parties have agreed the following terms of settlement:

“The Respondents have admitted widespread and significant failings in their audit work, and GT specifically has accepted there were serious failings in the execution of certain aspects of the firm’s quality control procedures. This Misconduct is rightly reflected in the seriousness of the sanctions, such as the exclusion of Mr Napper from membership of the ICAEW and the fines on both Respondents. These sanctions will send a strong signal to the audit profession of the importance of upholding high standards of conduct. These sanctions will also serve to protect the public and deter future Misconduct in the audit profession.”

The settlements have been approved by a legal member of the independent Tribunal Panel.
Notes to editors:

1.  The FRC is responsible for promoting high quality corporate governance and reporting to foster investment.  We are the UK competent authority for audit and set the UK Corporate Governance and Stewardship Codes as well as UK standards for accounting, auditing and actuarial work.  We represent UK interests in international standard-setting.  We also monitor and take action to promote the quality of corporate reporting and auditing.  We operate independent enforcement arrangements for accountants and actuaries; and oversee the regulatory activities of the accountancy and actuarial professional bodies.

2. In relation to enforcement matters, the FRC is the independent, investigative and disciplinary body for accountants and actuaries in the UK dealing with cases which raise important issues affecting the public interest. In brief, the stages of the disciplinary process under the Accountancy Scheme are:

Under the Accountancy Scheme the FRC can start a disciplinary investigation in one of two ways: (i) the professional bodies can refer cases to the FRC; and (ii) the FRC may decide of its own accord to investigate a matter. The Conduct Committee will consider each case identified or referred to it and decide whether or not the criteria for an investigation are met.

The criteria are specified in paragraph 5(1) of the Accountancy Scheme. A Member or Member Firm shall be liable to investigation under this Scheme only where, in the opinion of the Conduct Committee the matter raises or appears to raise important issues affecting the public interest in the United Kingdom and there are reasonable grounds to suspect that there may have been Misconduct or it appears that the Member or Member Firm has failed to comply with any of his or its obligations under paragraphs 14(1) or 14(2) of the Scheme.

Investigations are conducted by Executive Counsel and the Enforcement division.