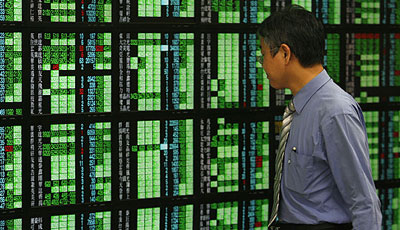 “Confidence has returned and the yen has fallen back in value,” said Shane Oliver, head of investment strategy at AMP Capital Investors in Sydney. “Markets seem a lot more relaxed. Globally, we’re seeing a lot of risk-on.”

Global equities jumped to an all-time high this month as European political risk abated and the U.S. economy continues to show signs of improvement amid better-than-forecast earnings results. U.S. President Donald Trump is expected to unveil a tax plan on Wednesday that would cut the upper corporate rate to 15 percent.

Risks remain as investors await central bank meetings this week in Japan and Europe. Tensions around North Korea continue to simmer. And in China, concerns of a crackdown from regulators has left the world’s second-largest stock market trading near a four-month low.

Here are some key upcoming events that investors are watching: