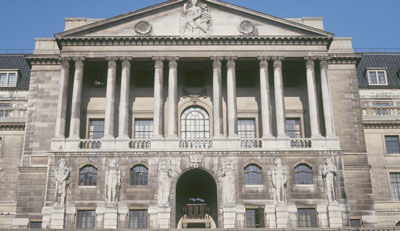 Bank of England has issued today an announcement to release a summary of its Monetary policy as it was voted in its meeting ended on 10 May 2017.

As the MPC observed at the time of the United Kingdom’s referendum on EU membership, the appropriate path for monetary policy depends on the evolution of demand, potential supply, the exchange rate, and therefore inflation. Aggregate demand slowed markedly in 2017 Q1, and the MPC’s central projection contained in the May Inflation Report is now for quarterly growth to remain around current rates, and close to trend. The slowdown appears to be concentrated in consumer-facing sectors, partly reflecting the impact of sterling’s past depreciation on household income and spending. The Committee judges that consumption growth will be slower in the near term than previously anticipated before recovering in the latter part of the forecast period as real income picks up.

In the MPC’s central forecast, weaker consumption this year is largely balanced by rising net trade and investment. The outlook for global activity continues to improve. Business surveys and Bank Agents’ reports imply that business investment growth is likely to be higher in 2017 than previously projected. The stronger global outlook and the level of sterling are providing incentives for many exporters to renew and increase capacity.

Sterling appreciated by 2.5% between the February and May Inflation Reports, although it remained 16% below its November 2015 peak. Over the same time period, shorter-term UK interest rates fell, with the sterling yield curve used to condition the forecast close to its lowest level since the start of the year.

CPI inflation has risen above the MPC’s 2% target as the depreciation of sterling has begun to feed through to consumer prices. This impact has been offset to some extent by continued subdued growth in domestic costs. In particular, wage growth has been notably weaker than expected. The MPC expects inflation to rise further above the target in the coming months, peaking a little below 3% in the fourth quarter. Conditioned on the market yield curve underlying the May projections, inflation is forecast to remain above the MPC’s target throughout the forecast period. The projected overshoot entirely reflects the effects of the falls in sterling since late November 2015 on import prices. This effect is expected to diminish towards the end of the forecast period. With unemployment falling to its estimated equilibrium rate, however, wage growth is expected to recover significantly, and the drag from domestic costs to lessen, over the same period.

Monetary policy cannot prevent either the necessary real adjustment as the United Kingdom moves towards its new international trading arrangements or the weaker real income growth that is likely to accompany that adjustment over the next few years. Attempting to offset fully the effect of weaker sterling on inflation would be achievable only at the cost of higher unemployment and, in all likelihood, even weaker income growth. For this reason, the MPC’s remit specifies that, in such exceptional circumstances, the Committee must balance any trade-off between the speed at which it intends to return inflation sustainably to the target and the support that monetary policy provides to jobs and activity.

In the MPC’s latest projections there is such a trade-off through most of the forecast period, with a degree of spare capacity and inflation remaining above the 2% target. In the final year of the forecast, however, the output gap closes and inflation rises slightly further above the target. This is conditioned on the assumptions that the adjustment to the United Kingdom’s new relationship with the European Union is smooth, and that Bank Rate follows the market-implied path for interest rates. At its May meeting, seven members thought that the current monetary policy setting remained appropriate to balance the demands of the Committee’s remit. Kristin Forbes considered it appropriate to increase Bank Rate by 25 basis points.

As the Committee has previously noted, there are limits to the extent to which above-target inflation can be tolerated. The continuing suitability of the current policy stance depends on the trade-off between above-target inflation and slack in the economy, as well as the prospects for inflation to return sustainably to target. These projections depend importantly on three main judgements: that the lower level of sterling continues to boost consumer prices broadly as projected, and without adverse consequences for inflation expectations further ahead; that regular pay growth remains modest in the near term but picks up significantly over the forecast period; and that more subdued household spending growth is largely balanced by a pickup in other components of demand.

In judging the appropriate policy stance, the Committee will be monitoring closely the incoming evidence regarding these and other factors. Monetary policy can respond in either direction to changes to the economic outlook as they unfold to ensure a sustainable return of inflation to the 2% target. On the whole, the Committee judges that, if the economy follows a path broadly consistent with the May central projection, then monetary policy could need to be tightened by a somewhat greater extent over the forecast period than the very gently rising path implied by the market yield curve underlying the May projections.