All Eyes are on the Bank of England; Pound Jumps vs Euro, Dollar 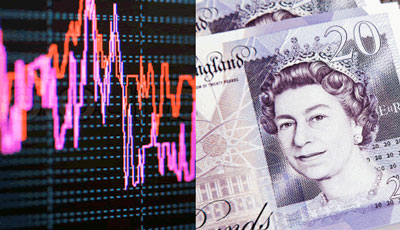 Governor of the Bank of England, Mark Carney, has triggered a rise in the value of Pound Sterling with a clear-cut suggestion that UK interest rates could need to rise soon.

“Some removal of monetary stimulus is likely to become necessary if the trade-off facing the MPC continues to lessen and the policy decision accordingly becomes more conventional,” says the Governor who did however stress a number of caveats to the view.

Carney’s comments were made at a meeting of central bankers at the ECB’s Forum on Central Banking in Sintra, Portugal and are in stark contrast to the message he delivered just a week prior.

As such, it has lead some commentators to dig up that old quip that Carney is an “unreliable boyfriend” owing to his ability to contradict himself.

But we believe this is unfair.

The central banking landscape has altered notably over the course of the week – other central banks are signalling an intent to tighten policy and Carney finds himself with little choice but to reciprocate in order to keep UK interest rates and the value of Sterling stable.

We believe the Bank is interested in avoiding a big drop in the value of the Pound in order to keep a lid on imported inflation, therefore the shift in tone is necessary. For example, if the ECB were to see interest rate expectations rise the GBP/EUR would likely come under sustained pressure but by synching with the Europeans the Pound would be able to defend its floor. 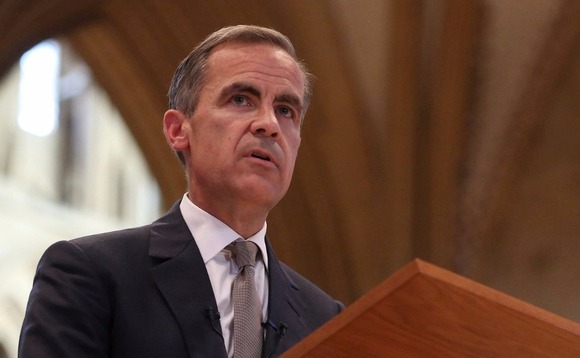 We would also caution of the risks that markets might have gotten ahead of themeselves, as the Governor adds:

“The extent to which the trade-off moves in that direction will depend on the extent to which weaker consumption growth is offset by other components of demand including business investment, whether wages and unit labour costs begin to firm, and more generally, how the economy reacts to both tighter financial conditions and the reality of Brexit negotiations.

“These are some of the issues that the MPC will debate in the coming months.”

So there are big caveats here – data is key and debate is needed.

Connor Campbell, a financial analyst at Spreadex, accuses markets of “ignoring that the central banker made it clear A LOT of things, like UK wage growth and business investment (not to mention Brexit), need to move in the right direction for that to happen.”

Yet markets are adept at reading the subtleties delivered by central bankers and no phrase will be accidental nor out of place.

“This was the most explicit signal that we are close to reaching the point at which a hike would be warranted. There does appear to be a decided tilt towards a tightening bias, should economic conditions improve. It’s a case of justifying why they shouldn’t tighten rather than why they should, which appears to be a material shift from first few months of the year,” says Neil Wilson, Senior Market Analyst at ETX Capital.

Central banks are clearly in control of currencies at the moment; Carney’s comments come 24-hours after the President of the European Central Bank (ECB) sparked a rally in the Euro after hinting that the ECB might too shift policy direction.

Also sparking movement in foreign exchange markets today is the Governor of the Bank of Canada, Stephen Poloz, who said in an interview that Canada’s regime of low interest rates had done their job.

It is a rush to the exit door for this period of extra-loose monetary policy it appears.

All eyes have been on the Bank of England of late as it suggests it might raise interest rates from their record-low levels in coming months.

For exchange rate markets this is important as the conventional thinking is that rising interest rates = a higher Pound.

The Bank of England is therefore a key player for those out there hoping for a stronger Pound.

Indeed, we got a taste of this dynamic in June when the Bank of England’s Chief Economist Andy Haldane said be believed a 0.25% interest rate rise was necessary.

The Pound rose in response but follow-through was limited. In fact those hoping for a stronger Pound will be disappointed to hear that the Pound might actually not benefit any further on such a rate rise.

“We can’t see a late summer or autumn hike as providing anything more than a temporary support for the Pound, and retain our bearish trade recommendation,” says Oliver Harvey, an analyst with Deutsche Bank in London.

Simon Penn, a trader at UBS, meanwhile says that to raise interest rates now would actually have an all-out negative impact on the Pound.

“It could be argued that raising rates would only make matters worse, causing the economy to slow more sharply and therefore undermining rather than supporting the Pound,” says Penn.

Why the Pound Might Ignore an Interest Rate Rise

Harvey lays out four reasons that suggest to him Sterling might not deliver the positive response to an interest rate rise that many Sterling-bulls are hoping for.

1) Sterling is highly sensitive to rate spreads and the correlations between the Pound and short-term yields are on the rise again after having collapsed at the turn of the year.

Yields on debt tend to rise as the Bank raises interest rates.

But the earlier breakdown saw GBP become expensive to spreads, “with 2-year nominal rates suggesting that GBP/USD is around 15 big figures above fair value,” says Harvey.

2) Sterling performance around Bank of England hiking cycles has been “ambiguous at best”.

Since the inflation targeting regime was adopted in 1992, the pound has weakened into hiking cycles three times out of five. By contrast, Sterling tends to outperform after the cycle has already begun.

3) There is a difference between a withdrawal of last year’s emergency rate cut, and a full hiking cycle.

Rhetoric from Haldane last week suggested that he saw the former as more appropriate. Market pricing has so far been consistent with this view, with the front-end selling off sharply, but little in the way of pricing further out the curve.

4) Rising UK interest rates should be set against tightening policy elsewhere which suggests the relative advantage of having higher interest rates are negated. For example, the European Central Bank is also shifting to a similar policy stance which leaves little chance for an appreciation in the Pound to Euro exchange rate as the two forces neutralise each other.

And then of course a rate rise might simply not materialise over coming months.

Governor Carney has so far sounded cautious and most analysts ultimately expect his view to prevail.

With mixed signals from both business investment and the consumer sector, and with domestic inflationary pressures still subdued, Carney said in his Mansion House speech that now is not the time to adjust interest rates.

And the Governor does after all carry the most weight and as Simon Penn at UBS points out Carney actually sees the worst of worlds developing:

“Sterling weakening as Brexit bites, international companies and financing arrangements shifting out of the UK, and Sterling then weakening further in consequence. As growth slows, inflation will accelerate. There will be little the Bank of England can do to counteract that.”

Though three MPC members did call at last week’s meeting for interest rates to rise, there is no MPC majority in favour of a hike.

“Stagflation is the price for decisions the BoE did not make, and cannot rectify,” says Penn.