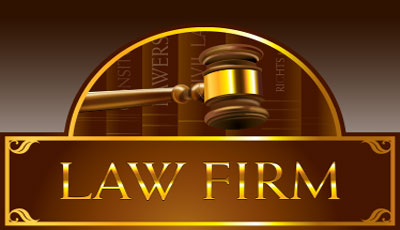 Below is the announcement a it was published:

Baker McKenzie, the leading global law firm, has announced revenues for the fiscal year ended 30 June 2017 (FY17) of $2.67 billion. In terms of constant currency, the most accurate measurement of the financial performance of any global professional services firm, Baker McKenzie’s revenues were up 5% compared to previous year. In $US, the Firm’s reporting currency, this translates into growth of 2.1%, highlighting the appreciation of the US dollar against most other currencies in the period.

Baker McKenzie is the most diverse global law firm with revenues spread by regions as follows: Asia Pacific 26%, EMEA 37%, Americas 37%. All of our regions’ revenues grew in FY17 by 4% or more.

“A 5% revenue growth and 1% increase in profit is a strong performance in difficult circumstances. It means that over the last decade, our Firm has grown revenues by 50% without a significant merger. Very few global law firms can match that.

“We have plenty else to be proud of this year – record client demand for our services, a great crop of new lateral hires, the successful launch of our market-leading innovation initiative, and our long-term strategic investments in New York, London and China paying off. The market is increasingly seeing Baker McKenzie not only as the No. 1 legal brand in the world but also as a truly innovative and integrated organization with a clear vision and purpose, as well as its own unique culture,” Paul adds.

FY17 saw the formal launch of our innovation initiative, which has already made some major announcements. Baker McKenzie is the only law firm to partner with the World Economic Forum on their Fourth Industrial Revolution project, which aims to accelerate the deployment of technology and science for positive impact on individuals and the societies, while minimizing their downside risks.

Baker McKenzie recently announced the opening of our Toronto-based Whitespace Collab as a major hub for driving collaboration between the Firm and clients, and in May we highlighted how we became the first law firm to roll out machine learning technology on a global scale.

Not only are these initiatives benefitting all of our clients and people, but they are also already beginning to make a direct financial impact on our financial performance. We estimate that our use of alternative legal services in Belfast, our e-discovery platforms and our use of legal project management are already bringing in more than $20 million in annual revenue.

Our practices and our sectors

Our TMT (Technology, Media & Telecoms) group was our highest growth industry sector. In continuing to offer our clients a robust industry focus, we launched our fifth and sixth industry groups this year: Consumer Goods & Retail, and Industrials, Manufacturing and Transportation.

They join: Energy, Mining & Infrastructure; Financial Institutions; Healthcare and TMT. Expanding our industry offerings is part of our strategy as a Firm to help anticipate our clients’ needs by getting even closer to them and their industries, by understanding trends within the sector.

The Firm advised on some of the world’s most important deals and cases during the year, including:

Our brand and client recognition

Many leading organizations recognized Baker McKenzie’s innovation and leadership in FY17, including:

Paul concludes, “Baker McKenzie has more than six decades of experience in advising and supporting our clients wherever they are in the world and whatever the volatility of the macroeconomic environment. We look ahead to the next 12 months with quiet confidence that despite a tough market, our people and our Firm will continue to go from strength to strength.”