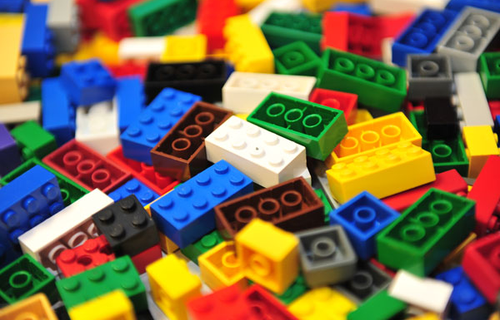 Lego is to cut 1,400 jobs before the end of the year in a bid to scale back the 85-year-old business after suffering its first drop in sales in more than a decade.

The Danish toymaker said it was hit by weaker demand in established markets such as the US and parts of Europe and admitted that the organisation had become too complex over the past five years to support global growth.

Lego said the decision to cut the jobs – representing about 8% of its 18,200 global workforce – was a difficult one, but had to be made as the company presses “the reset button”.

“We are very sorry to make changes which may interfere with the lives of many of our colleagues,” said Jørgen Vig Knudstorp, the chairman of the group. “Our colleagues put so much passion into their work every day and we are deeply grateful for that. Unfortunately, it is essential for us to make these tough decisions.”

Lego is based in Billund, Denmark, and and is still controlled by the founding Kristensen family, which has a 75% stake. It has five main office hubs, in Billund, Enfield in the US, London, Singapore, and Shanghai. It also has factories in Mexico, Hungary, Czech Republic, China and Denmark, and employs about 900 people in the UK.

Knudstorp said that despite double-digit growth in China in the first half of the year, “we are disappointed by the decline in revenue in our established markets, and we have taken steps to address this”.

“We are working closely with our partners and we are confident that we have the long-term potential of reaching more children in our well-established markets in Europe and the United States. We also see strong growth opportunities in growing markets such as China.”

He said the business was suffering from an overly complex structure that resulted from rapid growth over the past five years. Knudstorp was chief executive for most of the period.

“In the process, we have added complexity into the organisation which now in turn makes it harder for us to grow further. As a result, we have now pressed the reset-button for the entire group.

“This means we will build a smaller and less complex organisation than we have today, which will simplify our business model in order to reach more children. It will also impact our costs. Finally, in some markets the reset entails addressing a clean-up of inventories across the entire value chain. The work is well under way.”

Lego last month replaced its British chief executive, the first non-Danish person to run the toy company, after just eight months. The company said that at 61, Bali Padda was never expected to be in the position long term and said that the decision was not down to performance.

The company had enjoyed a decade of growth, helped by franchise deals based on Hollywood films such as Star Wars, Harry Potter and Indiana Jones, and the introduction of the Lego Friends range aimed at girls. Success continued with the launch of The Lego Movie in 2014.

Lou Ellerton, associate director at the brand consultancy Mash, said Lego had over-extended its product offering, partly because it has licensed so many popular brands, and was operating in a competitive environment.

“Lego has tripled its workforce and more than tripled the number of lines they offer [over recent years]. Realistically there is a limit to how much people can buy at any one time. There has been so much licensing they are over-extended.”

Ellerton said there were rival, cheaper products available that might not have the famous licensed names but were essentially toy building blocks. “Parents are becoming much more conscious of value for money on toys,” she said.

Frederique Tutt, a global toy industry analyst at the consumer research group NPD, said that despite the sales dip, Lego was the number one manufacturer in terms of toy sales in Europe and in the UK in 2017 so far.

“Lego’s pole position with toy buyers is proof of its universal appeal,” Tutt said. “The brand has innovated year after year and built up a loyal fan base, enabling it to compete effectively in a thriving toy market.”

Lego said that best-sellers in the first half of the year included “homegrown classics” such as Lego City and Lego Friends, while the Lego Batman movie products also performed well.