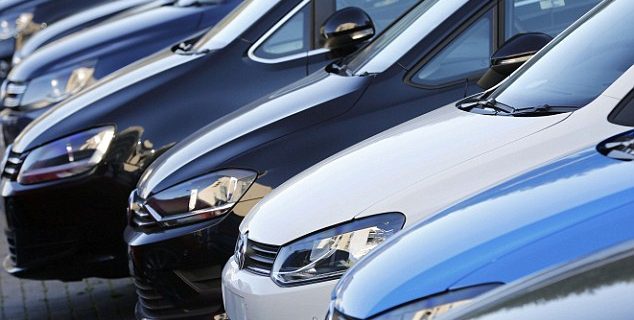 Consumer organisations from four European countries are working together to demand compensation for people whose diesel cars, made by Volkswagen Group (VW), are equipped with an emissions cheating code in the software.

The groups – from EU member states Lithuania, Slovakia, and Slovenia, and non-EU Switzerland – announced on Tuesday (12 September) that they would work together with an international law firm to sue VW in Germany.

“The goal is to sue VW in a German court in order to obtain compensation,” the Brussels-based European umbrella organisation of consumer groups, BEUC, said in a press release.

Almost two years ago, it was revealed that VW had committed worldwide fraud on emissions tests.

However, while the German industrial giant has agreed to give US consumers several thousands of dollars in compensation, the European owners of affected diesel cars receive nothing.

“Volkswagen has really not shown that it cares about its customers,” BEUC’s Ursula Pachl told EUobserver in an interview last week.

She said that not much has changed in VW’s attitude towards compensating Europeans over the past two years since the scandal broke.

VW’s strategy in Europe is divide and conquer, said Pachl. It is able to do that because there is no overarching European legislation on consumer compensation in cases like these.

“It will be much cheaper for Volkswagen to compensate a few Spanish and Italian consumers, than to have to deal with a European claim, which we don’t have the instruments for,” said Pachl.

Her organisation has campaigned for several years now to introduce in Europe what they call collective redress – a mechanism known in the US as class action – whereby people can combine their lawsuits.

Through the international action announced by the four European consumer groups, a workaround method is being adopted.

BEUC said in its press release on Tuesday that through the pan-European cooperation “consumers will be able to hold VW accountable without economic risk”.

The European Commission has been asked to come up with some form of collective redress, an option it is still investigating.

“We certainly appreciate the fact that she tried to make this effort,” said Pachl, noting that Jourova was probably “surprised” by VW’s uncooperative attitude.

She also praised consumer authorities who, last week, came together in a joint letter to Volkswagen, telling it to finish repairs on the cars within a month.

VW is also being sued by consumer groups in Belgium, Italy, Portugal and Spain.