EU ordered Luxembourg to collect around €250 million from Amazon 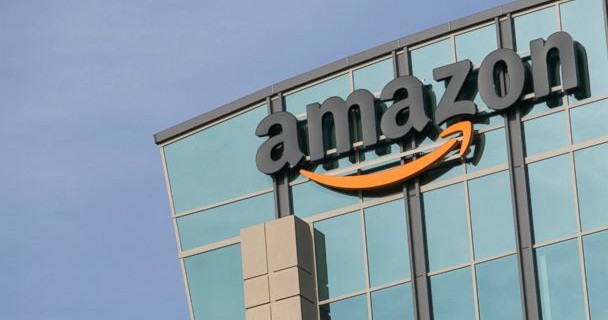 The European Commission has issued a press release to inform on its conclusion that Luxembourg granted undue tax benefits to Amazon of around €250 million.

According the press release, Commission finds Luxembourg gave illegal tax benefits to Amazon worth around €250 million. This is illegal under EU State aid rules because it allowed Amazon to pay substantially less tax than other businesses. Luxembourg must now recover the illegal aid.

Commissioner Margrethe Vestager, in charge of competition policy, said “Luxembourg gave illegal tax benefits to Amazon. As a result, almost three quarters of Amazon’s profits were not taxed. In other words, Amazon was allowed to pay four times less tax than other local companies subject to the same national tax rules. This is illegal under EU State aid rules. Member States cannot give selective tax benefits to multinational groups that are not available to others.”

Following an in-depth investigation launched in October 2014, the Commission has concluded that a tax ruling issued by Luxembourg in 2003, and prolonged in 2011, lowered the tax paid by Amazon in Luxembourg without any valid justification.

The tax ruling enabled Amazon to shift the vast majority of its profits from an Amazon group company that is subject to tax in Luxembourg (Amazon EU) to a company which is not subject to tax (Amazon Europe Holding Technologies). In particular, the tax ruling endorsed the payment of a royalty from Amazon EU to Amazon Europe Holding Technologies, which significantly reduced Amazon EU’s taxable profits.

The Commission’s investigation showed that the level of the royalty payments, endorsed by the tax ruling, was inflated and did not reflect economic reality. On this basis, the Commission concluded that the tax ruling granted a selective economic advantage to Amazon by allowing the group to pay less tax than other companies subject to the same national tax rules. In fact, the ruling enabled Amazon to avoid taxation on three quarters of the profits it made from all Amazon sales in the EU.

The Commission decision concerns Luxembourg’s tax treatment of two companies in the Amazon group – Amazon EU and Amazon Europe Holding Technologies. Both are Luxembourg-incorporated companies that are fully-owned by the Amazon group and ultimately controlled by the US parent, Amazon.com, Inc.

Under the cost-sharing agreement the holding company makes annual payments to Amazon in the US to contribute to the costs of developing the intellectual property. The appropriate level of these payments has recently been determined by a US tax court.

Amazon implemented this structure, endorsed by the tax ruling under investigation, between May 2006 and June 2014. In June 2014, Amazon changed the way it operates in Europe. This new structure is outside the scope of the Commission State aid investigation.

The scope of the Commission investigation

The role of EU State aid control is to ensure Member States do not give selected companies a better tax treatment than others, via tax rulings or otherwise. More specifically, transactions between companies in a corporate group must be priced in a way that reflects economic reality. This means that the payments between two companies in the same group should be in line with arrangements that take place under commercial conditions between independent businesses (so-called “arm’s length principle”).

These payments exceeded, on average, 90% of the operating company’s operating profits. They weresignificantly (1.5 times) higher than what the holding company needed to pay to Amazon in the US under the cost-sharing agreement.

The Commission’s State aid investigation concluded that the Luxembourg tax ruling endorsed an unjustified method to calculate Amazon’s taxable profits in Luxembourg. In particular, the level of the royalty payment from the operating company to the holding company was inflated and did not reflect economic reality.

Under the method endorsed by the tax ruling, the operating company’s taxable profits were reduced to a quarter of what they were in reality. Almost three quarters of Amazon’s profits were unduly attributed to the holding company, where they remained untaxed. In fact, the ruling enabled Amazon to avoid taxation on three quarters of the profits it made from all Amazon sales in the EU.

As a matter of principle, EU State aid rules require that incompatible State aid is recovered in order to remove the distortion of competition created by the aid. There are no fines under EU State aid rules and recovery does not penalise the company in question. It simply restores equal treatment with other companies.

In today’s decision, the Commission has set out the methodology to calculate the value of the competitive advantage granted to Amazon, i.e. the difference between what the company paid in taxes and what it would have been liable to pay without the tax ruling. On the basis of available information, this is estimated to be around €250 million, plus interest. The tax authorities of Luxembourg must now determine the precise amount of unpaid tax in Luxembourg, on the basis of the methodology established in the decision.