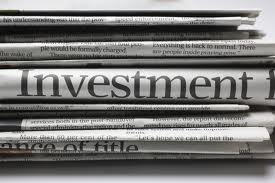 The U.S. Department of the Treasury released a report detailing how to streamline and reform the U.S. regulatory system for the capital markets.

Treasury’s evaluation of current capital market regulations found that there are significant reforms that can be undertaken to promote growth and vibrant financial markets while maintaining strong investor protections. The report issued today was in response to Executive Order 13772 issued by President Trump on February 3rd, which calls on Treasury to identify laws and regulations that are inconsistent with a set of Core Principles of financial regulation.

Over the last 20 years, the United States has seen a nearly 50 percent decline in the number of publicly traded companies. The capital markets are a source of liquidity for small businesses as they grow, invest, and hire. In the report, Treasury identifies numerous ways to reduce the burden on companies that are looking to go public or stay public, while maintaining strong investor protections, including:

Additionally, Treasury found that the federal financial regulatory framework and processes could be improved by:

Evaluating the regulatory overlaps and opportunities for harmonization of SEC and CFTC regulation;
Incorporating more robust economic analysis and public input into the rulemaking process in order to make the rulemaking process more transparent; and
Opening up private markets to more investors through proposals to facilitate pooled investments in private or less liquid offerings, and revisit the “accredited investor” definition;
Limiting imposing new regulations through informal guidance, no-action letters or interpretation, instead of through notice and comment rulemaking; and
Reviewing the roles, responsibilities and capabilities of self-regulatory organizations (SROs) and making recommendations for improvements.

Treasury’s review of the derivatives market found the need for greater harmonization between the SEC and CFTC, more appropriate capital and margin treatment for derivatives, and resolution of cross-border frictions that fragment global markets.

Additional recommendations in the report include:

Improving the oversight of financial market utilities (FMUs), such as by FSOC continuing to study the role FMUs play in the financial system, and regulators considering appropriate risk management for FMUs in order to avoid taxpayer-funded bailouts;
Repealing Section 1502, 1503, 1504 and 953(b) of the Dodd-Frank Act;
Investigating how to reduce costs of securities litigation for issuers with the goal of protecting all investors’ rights and interests;
Increasing the amount that can be raised in a crowdfunding offering from $1 million to $5 million;
Examining the impact of Basel III capital standards on secondary market activity in securitized products; and
Advancing U.S. interests and promoting a level playing field in the international financial regulatory structure.