The yuan-oil future and gold 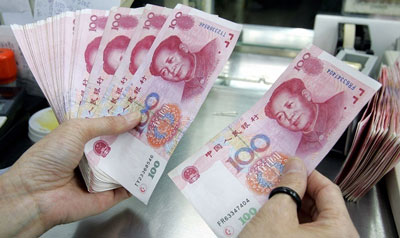 “There can be little doubt that the introduction of the yuan-denominated oil future has been a major strategic step for China.”

Regular readers of Goldmoney’s research will be aware that we were among the first to alert western financial markets that China would introduce a new oil futures contract priced in yuan, months before it was officially admitted that the plans for the contract were being finalised and a date for trading was being planned.i

Trading in the new Shanghai oil future commenced last Monday, and on the first three days trading there were 151,804 contracts traded with a turnover value of 65bn yuan. It is the first futures contract listed on China’s mainland available to overseas users, putting them on the same footing as domestic investors. There are 15 benchmark contracts for different delivery dates between September next and March 2019.

There is little doubt that the Chinese government views this contract as an important development, with international commodity trading houses, such as Glencore and Trafigura, encouraged to participate. Furthermore, state-owned banks would have been on hand to ensure the necessary currency and financial liquidity is available.

The Chinese are likely to ensure trading liquidity continues to build in its new oil contracts before its oil suppliers routinely use them against physical oil deliveries. Presumably, this is one reason the first delivery date is in September, while actual shipment is never more than a month or so.

China does not intend to replace the petrodollar with its own currency, other than for her own energy and commodity imports. To put it into context, China imports about 8 million barrels of oil per day, mostly from the Eurasian continent, which compares with global daily demand of roughly 100 million barrels. China also produces her own oil to the tune of about 3.7 mbd, so if all China’s suppliers take yuan in payment, it leaves about 88% of global demand still being priced in dollars.

Therefore, there is for the moment little alarm in Western financial markets about this development. However, at the same time, US oil production is rising, and her imports declining, so even though the energy world is dominated by dollars, the relative importance between the US and China with respect to the international oil trade is rapidly shifting away from America.

Currency factors and the Triffin dilemma.

The undermining of the petrodollar’s status, even though it is initially only at the margin, provides a weak background for the dollar. China’s trade surplus, coupled with the US trade deficit can also be expected to continue to put downward pressure on the dollar relative to the yuan. To an extent, this relative dollar weakness is expected to be offset by China’s selling of yuan for dollars in order to keep a lid on the exchange rate.

At this juncture it is worth noting that the often-quoted Triffin dilemma is likely to backfire badly on the dollar. Briefly, Robert Triffin held that the country which issues a reserve currency has to run trade deficits to ensure there is a satisfactory supply of the reserve currency for it to function as such. There is a complacent assumption that this is a continuing process, which will always ensure demand for the reserve currency. Not so: as Professor Triffin pointed out, it is a short-term expedient that creates a longer-term problem. That is the dilemma.

Now we turn to the circumstance faced by the dollar. Just at the moment when the role of the petrodollar is being undermined by the new yuan contract, and the non-American world is still awash with dollars following the last financial crisis, President Trump is increasing the budget deficit, and consequently we can expect the trade deficit to increase further as well.ii

There can only be one result, and that is substantial and sustained selling of the dollar on the exchanges. It is reminiscent of the situation in the mid to late 1960s, when returning dollars led to three distinct failures: a failed attempt to absorb dollar sales for gold by setting up the London gold pool, a failed devaluation of the dollar from $35 to $42.22, and finally the collapse of the Bretton Woods Agreement in August 1971. That was the last great Triffin unwind, and now the next one is in prospect.

Foreign holders of dollars, including China, will wake up to the threat, if they have not already done so. So far, China has been reluctant to undermine the dollar by threatening its reserve status. She is, after all, a very large holder of both dollars and US Treasuries. But China’s priorities are now changing, and the outlook for the dollar has suddenly become a less urgent priority.

The nettle that China must grasp is that her mercantilist plans for the Asian continent are leading to the decline of American influence. There comes a point where she cannot pursue her own objectives without undermining the dollar, and with the introduction of the yuan-settled oil future, that Rubicon has now been crossed.

That is one consideration. China also plans to increase her imports of industrial commodities for domestic and Asia-wide infrastructure development. Following oil, she has no alternative but to develop liquid yuan futures contracts available to both domestic and international players in a range of these raw materials. The level of displacement for the dollar will increase as a result, and dollar prices of commodities are bound to rise, due to both China’s demand for commodities and the falling purchasing power of the dollar in more general terms. From China’s point of view, she will want to offset these price rises by allowing the yuan to rise against the dollar.

The priority for China, as she steers her economy away from her past export dependency, will be to manage domestic price inflation. It seems likely she will pursue a balanced approach, with rises in the yuan against the dollar moderated through currency intervention, along with modest increases in yuan interest rates. But there is a significant risk that selling of both the dollar and US Treasuries by the wider international community will accelerate at a time when the Americans are increasing their budget and trade deficits.

There can be little doubt that the introduction of the yuan-denominated oil future has been a major strategic step for China. China will have been worried about undermining the dollar and global financial markets. It is not her style to act in bovine fashion in a porcelain factory. For the Chinese state, the priority is control of outcomes, but at some stage she had to begin to develop her own financial markets for them to be an effective alternative to the dollar. The intent was always there, but timing of developments was never fully under her control.

This nettle has now been grasped, and a trade hullabaloo, undoubtedly connected, with America has followed. A new era for the dollar is in prospect and the price of the dollar measured in real money, gold, seems set to decline. It is put that way here, rather than the conventional approach of regarding gold priced in dollars rising, because that is the way the Chinese and the Russians will look at it. And it accords with the theory and economic history of sound money.

The initial source of the dollar’s decline measured in gold seems likely to be an acceleration of central bank demand for physical metal from the oil-exporting nations dealing with China. Some nations will be content to build their yuan reserves, or maybe sell some of them for other currencies, including the dollar. But others, particularly Russia, Iran, and possibly Qatar can be expected to increase their physical gold holdings by selling some of their yuan.

The introduction of the oil-for-yuan futures contract gives these nations the opportunity to match a sale of oil for yuan with a matching purchase of gold for yuan on two exchanges, Hong Kong and Dubai. Officially, the Chinese government has stood to one side with respect to this issue, but Hong Kong’s gold exchange is in talks with Singapore, Dubai and Myanmar to establish an enhanced gold dealing, delivery and storage facility, with vaulting storage in the Qianhai free trade zone on the Chinese mainland.

Agreement from the Chinese government can be assumed to have been a precondition for these talks to have proceeded, even though it is a private sector matter, because it involves gold, gold markets, vaulting on the mainland and foreign regulators. It is anticipated that the vaulting facility will be available in two or three months’ time, well before the first delivery date for the oil contract.iii

Therefore, there can be little doubt that the gold exchanges in the region are of the opinion that the new oil future will lead to demand for deliverable futures contracts out of Hong Kong and Dubai. This will represent a new source of physical demand, for which not only the East Asian exchanges are preparing, but for which bullion banks around the world must begin to accommodate.

Therefore, physical gold prices appear at the least to be firmly underwritten, because major bullion banks can be expected to accumulate bullion to deliver into this new gold corridor. But the real fun and games are likely to start when the dollar begins to lose its exorbitant privilege, the other unmentionable side of the Triffin dilemma. The potential hit on the dollar’s purchasing power, measured in grains of gold can only be guessed at this stage. But the diligent analyst might like to rake over the history of monetary chaos the last time this happened, between the 1960s and the early 1970s, for clues as to its potential scale.

iiFor an explanation of why budget deficits result in trade deficits, see https://www.goldmoney.com/research/goldmoney-insights/the-truth-about-trade

See also below, a short video on the importance of the new yuan-oil contract and the consequences for the dollar and gold.