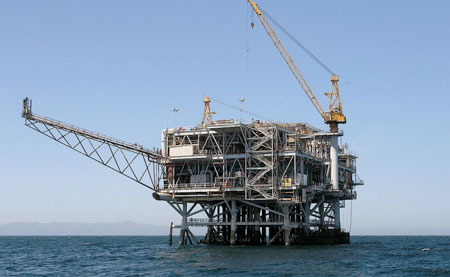 OPEC is not in a rush to start winding down the production cuts despite oil prices continuing their strong rally, with Brent briefly breaking above $79 a barrel on Tuesday. The cartel sees the price spike as only a short-term rally driven by geopolitical concerns rather than the fundamentals of a much tighter oil market, OPEC delegates and sources have told Reuters.

Supply and demand data need to point to an impact on supply in order for OPEC to make a decision to start winding down the cuts, the source told Reuters.

Asked if $79 oil is too high, one OPEC delegate told Reuters: “Not yet.”

OPEC’s original goal in the production cut pact was to bring oil inventories in developed economies down to their five-year average, and according to the cartel itself, as of March those stocks were just 9 million barrels over that level, and are probably below it by now.

Yet, OPEC—especially Saudi Arabia—is now trying to justify a prolonged period of cuts to tighten the market further, signaling that the five-year average metric would be revised and/or complemented by other data points, such as forward coverage, longer average periods to consider, or even investment in necessary new longer-term supply.

OPEC and friends are meeting on June 22 in Vienna to discuss these metrics and the state of the oil market.

Meanwhile, Saudi Arabia is said to be pushing for $80 a barrel oil or even $100 a barrel, to balance its budget and boost the valuation of Saudi Aramco ahead of a much-anticipated IPO.

Iran, however, is reportedly at odds with Saudi Arabia on the oil price that the cartel should target (although none of them admit there is a price target at all). According to senior Iranian oil officials, the reasonable oil price for Tehran would be $60-65 a barrel.