Employment is up in Europe; Check how the employment rate changed in your country 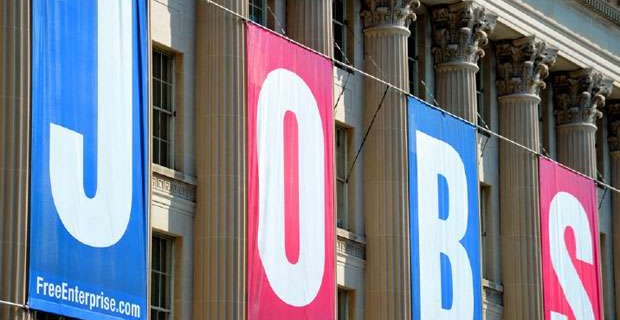 The number of persons employed increased by 0.4% in both the euro area (EA19) and the EU28 in the first quarter of 2018 compared with the previous quarter, according to national accounts estimates published by Eurostat, the statistical office of the European Union.

In the fourth quarter of 2017, employment increased by 0.3% in the euro area and by 0.2% in the EU28. These figures are seasonally adjusted.

Search for thousands open jobs from around the world. Click HERE

Eurostat estimates that, in the first quarter of 2018, 237.9 million men and women were employed in the EU28, of which 157.2 million were in the euro area. These are the highest levels ever recorded in both areas. These figures are seasonally adjusted.

These data on employment provide a picture of labour input consistent with the output and income measure of national accounts. 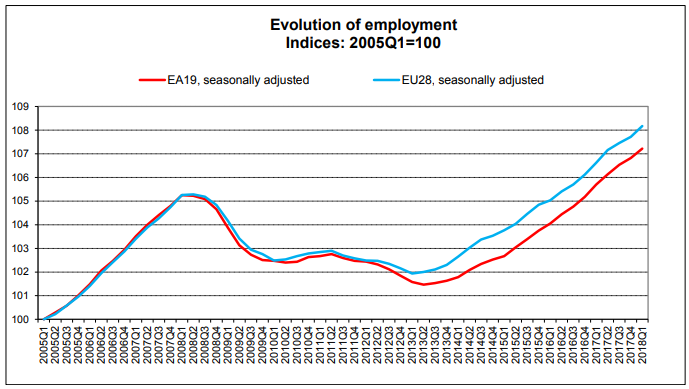 Among Member States for which data are available for the first quarter of 2018, Romania (+1.9%), Malta (+1.3%), Portugal, Luxembourg and Croatia (all +1.0%) recorded the highest increases compared with the previous quarter. A decrease was observed in Estonia (-1.4%) and employment remained stable in Bulgaria and Lithuania. 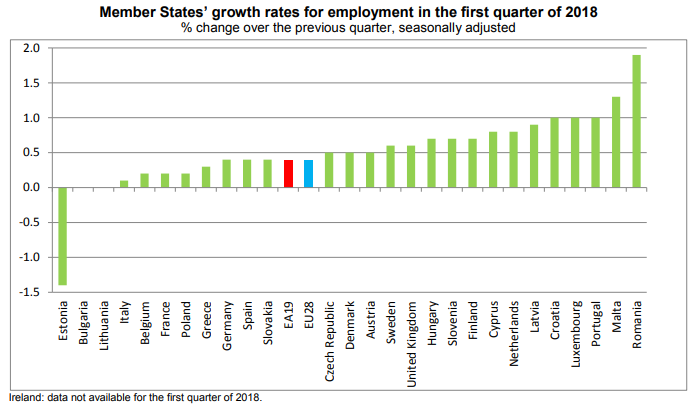 Methods and definitions
Employment covers employees and self-employed working in resident production units (i.e. the domestic employment concept). Unless otherwise stated, all employment estimates in this release use persons as the measurement unit. ESA2010 acknowledges other possible measures for employment: jobs and total hours worked.

Source: eurostat – Employment up by 0.4% in both the euro area and the EU28