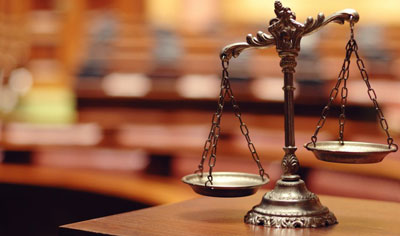 Lawyers in Australia and New Zealand are more open to new ways of doing things, a comprehensive new study has found.

Peerpoint, Allen & Overy’s consultant lawyer platform, surveyed more than 1,000 lawyers and law students around the world to look into how they view their careers in a changing world.

“The Future of Legal Talent” study also found that Australasian lawyers are more purpose-motivated, being twice as likely as their peers around the world to cite “doing valuable work” and “it was my calling” as a primary motivator for choosing a legal career.

“The legal landscape in Australia is changing rapidly as lawyers seek greater control over their careers. The most important measure of success for a lawyer is now having achieved a good work/life balance, and having the ability to choose what type of work they want to do,” said Carolyn Aldous, Peerpoint Asia-Pacific managing director.

The study found that lawyers are increasingly not drawn to making partner, even among private-practice lawyers.

Among those surveyed, 46% said that despite wanting to make partner, it is not the most important thing for them in their career. There were 26% who said they are not interested in becoming a partner, while 21% said they would love to become a partner in the future.

Of those who said they want to make partner, only 21% said they think they will become partner.

“The conventional partnership model doesn’t necessarily meet the needs of the modern Australian lawyer, who is seeking to build a career in law on their own terms, so we’re anticipating a rise in alternative legal service models such as consulting,” Aldous said.

Peerpoint found that 67% of those surveyed in Australia and New Zealand said that having to sacrifice too much to achieve partnership was one of the top three reasons they were not interested in making partner. A lower 53% of the total sample said the same.

Despite being the most negative about legal education and training, lawyers in Australia and New Zealand are very open to change and to doing things differently.

Some 59% of respondents in the countries said that “changing approaches to legal resourcing and outsourcing” will be one of the three trends that will most impact their personal careers in the next five to 10 years. That is compared to 44% globally.

Australasian lawyers are also the most positive around the world about engaging with new legal technology, with 66% saying it will be positive for their careers.

“This suggests there is a greater sense of urgency to prepare for the future among lawyers in Australia and New Zealand. But, there also appears to be great energy and anticipation of the future as lawyers here see the benefit of doing things differently. The sentiment reflects a great foundation for the growth of alternative career paths, such as consulting,” Aldous said.