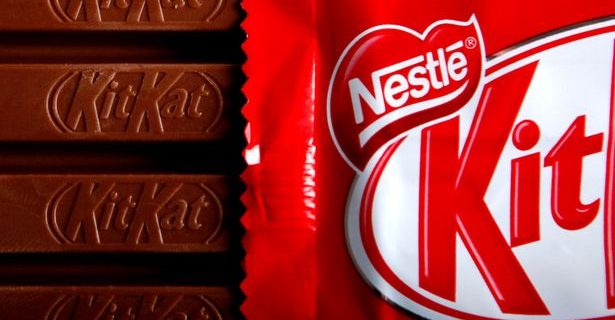 KitKat’s makers have suffered a major setback in its 16-year quest to dominate the market for four-fingered chocolate bars.

Nestlé has been fighting to trademark the distinctive trapezoid shape in Europe, where other snack companies have been manufacturing similar treats.

One of its largest competitors is Kvikk Lunsj — pronounced “quick lunch” — a Norwegian snack first manufactured in 1937, two years after KitKats first appeared.

KitKat’s shape is already protected in Australia, Canada, and South Africa, according to Sky News, but the battle in Europe has been particularly difficult.

In 2002, Nestlé applied to the European Union Intellectual Property Office (EUIPO) to trademark the shape. The office granted the mark four years later.

But Mondelez, the manufacturers of Kvikk Lunsj, appealed the following year, starting a slew of court cases in Europe.

After nine years of court battles, in 2016 a lower EU court annulled the EUIPO’s decision, saying that the office “could not validly conclude” that KitKat had acquired the “distinctive character” in all EU member states.

Nestlé had to be able to prove that KitKat had “acquired distinctive character in the part of the EU in which it did not previously have such character,” according to a European Court of Justice summary. In other words, the chocolate bar had to be recognizable enough to be trademarked.

Nestlé had been able to prove that in ten EU countries — Denmark, Germany, Spain, France, Italy, the Netherlands, Austria, Finland, Sweden, and the UK — but had insufficient evidence to do so in Belgium, Ireland, Greece, and Portugal.

The global company continued to appeal against the decision. But on Wednesday, the European Court of Justice — Europe’s top court — dismissed Nestlé’s appeal, saying instead that the lower court had been right to annul the trademark.

The court said in a statement on Wednesday: “Although such proof may be produced globally for all the Member States or groups of Member States, it is not, however, sufficient that the party with the burden of providing such evidence produces only evidence that fails to cover part of the EU, even a part consisting of only one Member State.”

Other European snack companies have been told they weren’t allowed to trademark their products in the past. Lindt, the Swiss chocolate company, lost a case to trademark gold-wrapped chocolate bunnies in 2013.

Last year, Toblerone was also forced to prove that its triangular shape was distinctive enough to trademark when British retailer Poundland made an off-brand version. That case ended in an out-of-court settlement.