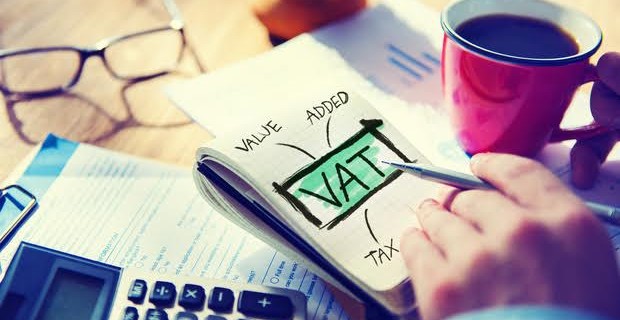 European Union-based vendors who use platforms like eBay Inc. and Amazon.com Inc. to sell goods into the U.K. face a compliance headache in the event of a hard Brexit, as they would need to register for value-added tax.

A hard Brexit—in which the U.K. leaves the bloc without trade agreements in place—would mean e-commerce vendors in the bloc lose their “distant seller” status and will be categorized as “overseas” sellers. This means they will be required to register for VAT with the tax authority if they wish to maintain their British customer base, tax advisers warn. Under EU rules, a “distant seller” is allowed to sell goods worth up to 70,000 pounds ($89,000) a year into the U.K. without needing to register for VAT.

Further, under changes to the U.K.’s VAT rules, which take effect April 1, online marketplaces such as eBay and Amazon—defined under U.K. rules as fulfillment houses since they store and distribute goods on behalf of overseas sellers, in addition to being trading platforms—will also have the burden of ensuring their overseas clients are VAT-registered in the U.K.

HMRC believes that there could be up to 5,000 fulfillment houses operating in the U.K. 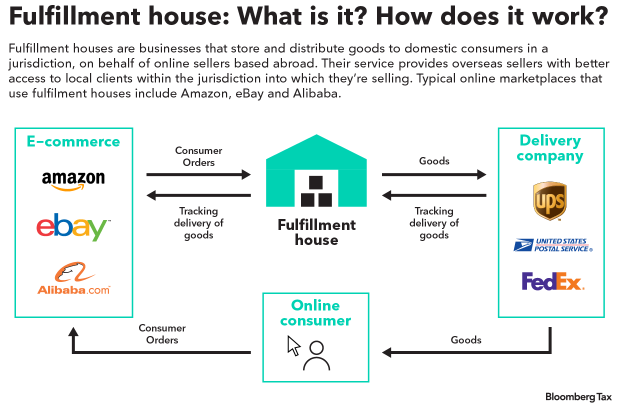 “On the face of it if we have a hard Brexit, they will be third countries just as U.S. etc., and so will be covered by the same rules, as arguably we will be outside the terms of the distance selling regime,” Anne Holt, an indirect tax partner at RSM UK said Aug. 15

“The regulations are for overseas businesses only. This means that the tests the houses are putting in place have to be able to isolate these suppliers. This can be a challenge for them.”

Daniel Lyons, an indirect tax partner in the Tax Policy Group at Deloitte UK told Bloomberg Tax, said in a hard Brexit, “I don’t see how you could intellectually differentiate between an EU country and the rest of the world.”

“All goods imported by EU sellers using a fulfillment house would likely be covered by the rules,” he said. “However, I would imagine that this would be subject to an amendment of current treatment, so that references to non-EU clients of fulfillment houses will become overseas clients.”

Warning on No Deal

The warnings come as the Bank of England’s governor Mark Carney said Aug. 3 in an interview with the BBC’s Radio 4 that the possibility of the UK and EU failing to reach agreement on the terms of departure was “uncomfortably high.”

The EU has also begun studying the implications of a hard Brexit for the remaining 27 member states. The European Commission said March 30 that it is working hard to reach an agreement on an orderly withdrawal, but warned “there is no certainty that an agreement will be reached.”

There isn’t yet any guidance on the status of EU businesses in the U.K. post-Brexit as that will be dependent on the terms of the divorce agreement.

But, a spokesperson for Her Majesty’s Revenue and Customs, the U.K. tax authority, said that “regardless of that, HMRC is committed to tackling tax avoidance evasion and fraud at all levels to ensure everyone pays the right tax at the right time.”

“We can confirm that we will be abiding by the legislation that comes into effect from 1 April 2019,” a spokesperson for Amazon said in an Aug. 16 email. He added that the company “can’t go into any more detail than that.”

Fulfillment houses themselves won’t be able to continue their trade as of April 1, unless they’re approved by HMRC, under the Fulfilment House Due Diligence Scheme (FHDDS). They also risk a 10,000 pound penalty and a criminal conviction if they don’t comply.

And in order to ensure their own clients meet the new VAT registration requirements, platforms such as eBay and Amazon may consider purging their client lists of those that don’t take action to register for VAT with HMRC by the deadline.

“I’m sure some fulfillment houses will be doing all of these things. Others are probably waiting for the detailed instruction from HMRC before doing anything significant. I think it unlikely that any will be ignoring the position and will be conscious of the time frame for compliance, which is only 7 months away,” Alan Pearce, a partner Blick Rothenberg, said in an email Aug. 15.

Companies should decide how to allocate resources to make sure that clients are VAT compliant, Holt said.

“It’s in the interest of the very biggest fulfillment houses such as Amazon to help its clients become VAT registered. However, for others it may make sense to only accept clients that are already VAT registered,” she said.

“In terms of purging, the largest clients are going to manage their risk. They don’t want to lose business but at the same time if they have persistent offenders who have not addressed their compliance issues their ultimate sanction has to be to block them. Almost all house will be covered by the requirements of the Criminal Finances Act and so will need to be careful what they get involved in.”

The fulfillment house scheme is among a package of measures issued by the government to tackle the problem of VAT leakage from online marketplaces.

“The Exchequer expects to gain some 365 million pounds from this measure by 2020, which is roughly a quarter of the amount of annual VAT leakage HMRC estimates,” Lyons said.

Cracking down on online marketplaces has become a priority for the U.K. as foreign traders have evaded the levy. VAT is a key source of government revenue, making up about 21 percent of the 605.8 billion pounds Her Majesty’s Revenue and Customs collected in taxes during the last fiscal year.

Overseas sellers made up around 60 percent of the 1 to 1.5 billion pounds of VAT the country loses every year through error and evasion of VAT on e-marketplaces, according to an HMRC estimate.

Pearce said that as the rules stand, “they mainly will affect predominantly Chinese importers into the U.K. that are not VAT registered, when they come into effect in April.”

HMRC has previously flagged China as being home to some of the most problematic sellers.

HMRC Chief Executive and Permanent Secretary Jon Thompson said in a March 27 letter to the Public Accounts Committee that its VAT leakage efforts have been effective, noting about 27,550 applications to register for VAT from overseas online retail businesses since the measures were announced in March 2016 up to Jan. 31 2018. This compares with about 1,650 for 2015.