Investment fraud led to the loss of more than £2.8m of investors’ money 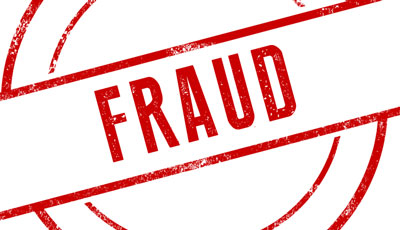 The Financial Conduct Authority (FCA), the conduct regulator for financial services firms and financial markets in the UK, has issued an announcement to inform about FCA’s second largest ever criminal prosecution and most complex fraud investigations.

Operation Tidworth was the FCA’s second largest ever criminal prosecution. The instigator and main beneficiary of the fraud, Michael Nascimento, will be sentenced separately on 14 September 2018.

In a case brought by the Financial Conduct Authority (FCA), 5 individuals have been sentenced to a total of 17.5 years’ imprisonment for their roles in a share fraud carried out through a series of boiler room companies which led to the loss of more than £2.8m of investors’ money.

The sentencing of 5 defendants was concluded today at Southwark Crown Court. The sixth defendant, Michael Nascimento (DOB 28 June 1977), will be sentenced on the 14 September 2018. He was the controlling mind, instigator and the main beneficiary of the fraud.

Commenting on the case, Mark Steward, Executive Director of Enforcement and Market Oversight at the FCA, said:

“These fraudsters callously targeted investors who were often elderly and vulnerable, lying to them to get them to part with significant sums of money. Despite efforts to conceal and destroy evidence, the FCA, in one of its largest ever investigations, was able to ensure that these criminals faced justice and ended up behind bars.

Applications under Proceeds of Crime legislation remain on foot and the FCA is determined to recover as much money from these defendants as possible for the benefit of investors.”

In sentencing the defendants, the trial judge, His Honour Judge Hehir, remarked these were “scams from start to finish” and that “some victims have lost everything they had.” He also added that it was “particularly repellent” that elderly people had been specifically targeted and their stories “were at times positively heart-breaking.”

The Judge also said “..none of the victims chose to be swindled, others chose to swindle them. No victim of these sort of offences should blame themselves. Those who commit these offences cannot expect anything but firm punishment.”

Charanjit Sandhu (DOB 3 December 1989) was sentenced to 5.5 years’ imprisonment. He was a senior broker, often using bullying sales tactics and false names. The Judge commented that he was “dazzled by the rewards of crime” and had “lost his moral compass”. In terms of two of the investors he said that Mr Sandhu “had pestered them mercilessly by telephone” and that his conduct was “cruel and callous” and “chilling”.

Hugh Edwards (DOB 13 July 1982) was sentenced to 3 years and 9 months’ imprisonment. He recruited and trained brokers, drafted and sent misleading brochures to potential investors, and personally pitched the product as a senior broker using false names.

Stuart Rea (DOB 12th February 1968) was sentenced to 3 years and 9 months’ imprisonment. He fronted one of the companies, recruited and managed the sales brokers, and circulated the misleading promotional material.

Jeannine Lewis (DOB 15 September 1967) was sentenced to 2.5 years’ imprisonment. As PA to Nascimento she assisted him to launder the proceeds of the fraud through various bank accounts including her own. She hid and destroyed documents and computers to prevent them falling into the hands of FCA investigators. The Judge described Mrs Lewis as “Michael Nascimento’s devoted personal assistant” and that she was “in truth a thoroughly dishonest woman.”

Ryan Parker (DOB 26 November 1992) was sentenced to 2 years’ imprisonment to be suspended for 18 months. He was also ordered to carry out 180 hours of unpaid work. He fronted two of the boiler rooms for Nascimento and his personal bank accounts were used as a conduit for some of the money. His sentence was suspended by the Judge due to his age and personal mitigation and lower level of involvement. The Judge said that Mr Parker had “been exploited in a significant way by Michael Nascimento”.

The six defendants were charged by the FCA with offences of conspiracy to defraud, fraud, money laundering and perverting the course of justice, as well as breaches of FSMA, and either pleaded guilty or were convicted by the jury. Sandhu, Edwards and Rea were also made subject to Serious Crime Prevention Orders, and are prohibited from involvement in financial services or the sale of any form of investment for a period of 5 years after release from prison. Sandhu, Rea, Edwards and Parker are also banned from being company directors for periods of between 7 and 14 years.

Overview of the facts

Between July 2010 and April 2014, members of the public were cold-called and subjected to high pressure sales tactics to persuade them to purchase shares in a company that owned land on the island of Madeira. The investors were told that the value of the shares would increase substantially when permission to build 20 villas was granted, thereby enhancing the land’s value. Investors were promised guaranteed returns of between 125% and 228%. None were ever paid.

Potential investors were persuaded to purchase the shares by numerous lies: (i) the schemes were partnered with Barclays Bank; (ii) planning permission had been obtained for the 20 villas; (iii) that there was a guaranteed share buy-back; (iv) the Four Seasons or Hilton Hotel chains had agreed to buy the completed development for £43m. None of this was true and Barclays and the hotel chains had no involvement in the fraud.

Investors’ money was used to maintain the fraud and particularly to fund the lifestyle of Nascimento. Over 170 members of the public invested over £2.8m in the shares. Many were elderly or vulnerable, and lost life-changing sums, in some cases all their life savings.

This was one of the FCA’s most complex fraud investigations, and the first FCA prosecution of an offence of perverting the course of justice. It involved: