EU resource productivity up; The Netherlands and the UK record the highest level

The financial and economic crisis between 2008 and 2009 had a clear influence on the trajectory of the EU’s resource productivity. After moderate growth in the pre-crisis era, resource productivity experienced a marked increase during the crisis due to pronounced falls in domestic material consumption. The crisis affected the material-intensive industries of manufacturing and construction more than the rest of the economy, for example the services industries. 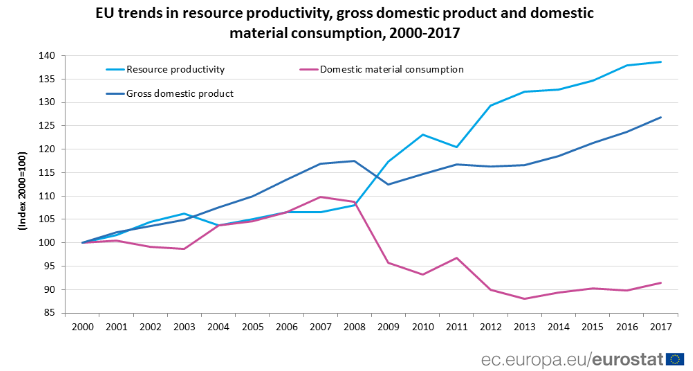 Resource productivity highest in the Netherlands and the United Kingdom

The level of resource productivity varies widely between the EU Member States. It depends on a country’s natural resources, the diversity of its industrial activities, the role played by its services sector and its construction activities, the scale and patterns of its consumption and its various energy sources. 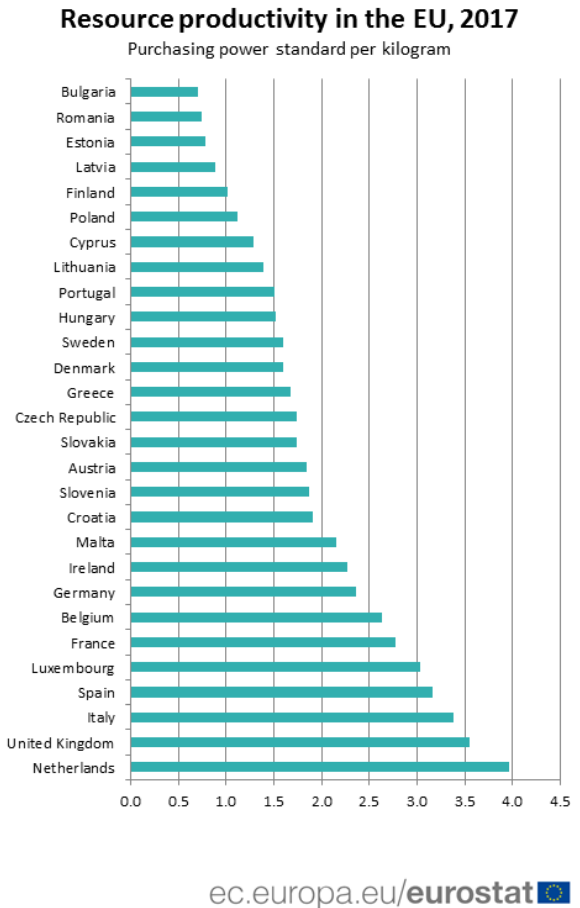