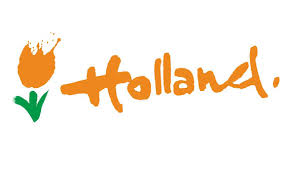 The Dutch Central Bank on Monday said the Netherlands is emerging from a lengthy economic crisis but that growth prospects remain subdued as a result of a weakening global economy.

The central bank said it expects Dutch gross domestic product to expand by 0.8% in 2014, up from a previous forecast of 0.2% in June, which would mark the first year of growth after two consecutive years of contraction. The revised forecast was driven by a first-quarter contraction that proved less severe than anticipated, it said in its biannual report on the Dutch economy.

Dutch economic growth is still expected to accelerate in the following years but at a slower pace than previously thought.

“A more pronounced growth recovery will be hampered by moderate global economic expansion,” the central bank said. “This means that Dutch exports will grow less vigorously than previously projected.”

The report is the latest sign that the eurozone economy is facing a period of slow growth and comes days after central banks from Germany, Austria and Belgium also lowered their growth projections.

The Netherlands, the bloc’s fifth-largest economy, has suffered from a so-called balance-sheet recession in which households, banks and the government seek to shore up their finances at the same time. This, combined with a drop in house prices, caused domestic consumption to plummet and unemployment to rise.

The Dutch central bank, however, said the Netherlands appears to be leaving the domestic crisis behind. Consumer and business sentiment is improving and the housing market is bottoming out, it said. Private consumption looks set to expand by 1.8% next year–the second-largest increase in 15 years, it said.