A “Market” crash is baked in–Here’s why 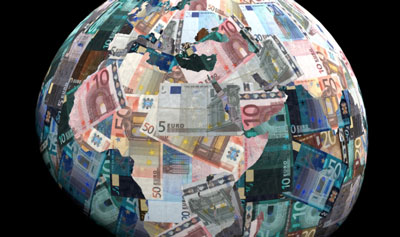 Anyone looking at the hollowed-out, fragile shell of a Fed-managed “market” as a system realizes a crash that runs away from central planning control is already baked in.

The last thing punters and pundits expect is a stock “market” crash, yet a “market” crash is already baked in and here’s why: real markets have internal resilience (they’re anti-fragile, to use Nassim Taleb’s phrase), and central-planning manipulated “markets” don’t.

Few look at markets as obeying systems-level dynamics that have little to do with “news” or conventional metrics. The media makes money by reporting every tiny change in mood, metrics, rumors, etc., as if these drive markets. But we all know that the reality is much simpler: The Federal Reserve is the “market.”

In other words, the “market” is no longer a functioning (real) market; it is a central-planning signaling utility of the Fed and other central banks. This hollowing-out of the real market in favor of a central-planning, top-down controlled “market” destroys the system-level functions of markets.

If you want a refresher on the legitimate functions of a market, please read The White Man’s Burden: Why the West’s Efforts to Aid the Rest Have Done So Much Ill and So Little Good, which explains why all the hundreds of billions of dollars of top-down, central-planning “aid” to impoverished nations has failed, enriching kleptocrats and autocratic regimes while assuaging the guilt of the poverty-pimps in the IMF, UN, and all the philanthro-capitalist foundations.

The only programs that actually improve the lives of the impoverished are those that enable small-scale markets in which participants make their own decisions rather than suffer the consequences of decisions made by central-planners who not only know nothing of local conditions, they’re uninterested in local conditions because we know best.

This is the core of central-planning: a handful of those with power make decisions that cripple markets’ ability to respond to reality by allocating goods, services, capital and credit as participants see fit.

Centrally planned markets enrich the few at the expense of the many. This is as true of “markets” in developed nations as it is in kleptocratic developing economies. The Fed is akin to Soviet-era central planners, and the net result is the same: capital is grossly misallocated, distortions are optimized to enrich the few at the top, and the market’s functionality is destroyed because it doesn’t align with the goals of the central planners.

Central planning hollows out systems and increases fragility and vulnerability. Once a market has been gutted and turned into a centrally planned “market,” it can no longer perform the key functions of markets: communicate information to all participants, discount flows of capital, goods and services, allocate capital, etc. These functions are what enable markets to alleviate poverty by increasing the wealth created by the free flow of information, goods, services, credit and capital.

Just as the collapse of the Soviet Union was baked in by the systemic fragilities of central planning, the Fed’s commandeering of the stock market bakes in a crash. In systems-speak, central planning manifests as non-linear effects, i.e. the consequences are not proportional to the triggering events.

The Fed’s phony “market” only signals “all is well” when it’s rising, but this masks the reality that crashing markets are just as profitable as rising markets. The idea that rising markets are “good” and declining markets are “bad” is reserved for rubes and chumps, as traders and algos don’t care whether “markets” are going up or down, the only thing that matters is profiting from the trend.

Central planning optimizes a disconnect from reality that erodes trust in the market’s signals. Now that the Fed has commandeered the “market” as a signaling utility, it no longer reflects the real economy. Trust in its “signals” is as thin as liquidity: both are an inch deep and a mile wide, the ideal set-up for a crash that takes almost everyone by surprise.

Anyone looking at the hollowed-out, fragile shell of a Fed-managed “market” as a system realizes a crash that runs away from central planning control is already baked in. The timing is unknown, but the greater the confidence that the central planners are god-like, the closer we are to an “out of the blue” crash that takes the punditry and punters by surprise.

That this now seems completely and utterly “impossible” is an interesting signal in itself.