Tax revenues have reached a plateau

Tax revenues in advanced economies reached a plateau during 2018, with almost no change seen since 2017, according to new OECD research. This ends the trend of annual increases in the tax-to-GDP ratio seen since the financial crisis. 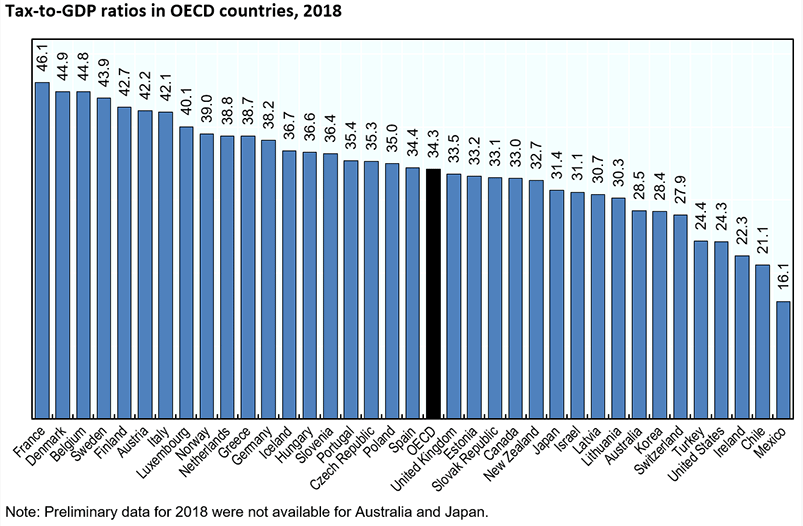 In contrast, the share of social security contributions in total tax revenues continued the consistent decline seen in recent years, dropping to 26% in 2017, compared to 27% in 2009. Other tax types have not exhibited a clear trend in recent years.

This year’s report contains a Special Feature that reconciles data on environmentally related tax revenues in Revenue Statistics with the OECD Policy INstruments for the Environment (PINE) database. This exercise provides higher-quality data for policymakers and researchers in this important policy area.

Detailed country notes provide further data on national tax-to-GDP ratios and the composition of the tax mix in OECD countries. To access the report and data, go to http://oe.cd/revenue-statistics.